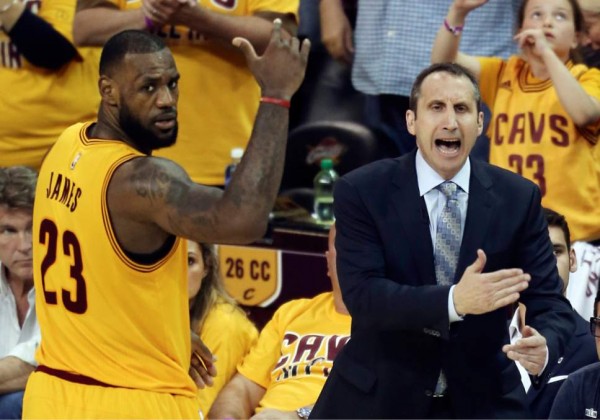 After the Cleveland Cavaliers were dismantled by the Golden State Warriors, 103-82, in Game 4, one thing has become abundantly clear—David Blatt needs to make some adjustments for Game 5.

The rookie head coach had been doing a fantastic job in maximizing his roster’s output following the loss of Kyrie Irving to a season-ending knee injury after Game 1. The Cavs managed to win two consecutive games after Game 1, spearheaded by the dominance of LeBron James and key contributions from role players such as Timofey Mozgov and Matthew Dellavedova.

However, Game 4 was a completely different story for Cleveland.

Warriors head coach Steve Kerr won the battle of strategies by completely shifting his starting lineup and consistently double-teaming LeBron once he touched the ball. The shift in strategy resulted in Golden State leading the contest from the second quarter until the very end.

Plugging Andre Iguodala into the starting lineup to slow down LeBron, while benching Andrew Bogut gave the Warriors a boost on the fastbreak.

If the Cavs are to retake the series lead, here are five adjusts Blatt needs to make heading into Game 5:

1. Play Veterans off the Bench 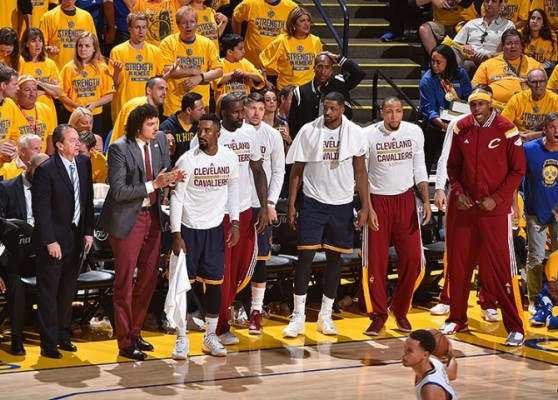 Thus far, Blatt has relied heavily upon a seven-man rotation throughout the Finals. It became abundantly clear just how spent the rotation players were following Game 3’s victory when Dellavedova was checked into a hospital for dehydration and cramps on Wednesday morning.

If that wasn’t a clear indication of exhaustion, Game 4’s performance solidified it.

With the injuries to Irving and Kevin Love, how can the Cavaliers possibly solve this issue? Simple—play Mike Miller, Kendrick Perkins and Shawn Marion.

The thought might scare Cavaliers fans, but the team has no other options right now. Blatt cannot keep having narrow-minded trust in a few guys. He needs to spread the wealth to playoff-tested veterans who can potentially keep the Cavaliers’ championship hopes alive.

Miller and Marion were brought in before the season began to play key roles on this team. But outside of sporadic minutes from Games 2 through 4, Miller hasn’t been given an opportunity to contribute, while Marion hasn’t played in the series in general.

And though Perkins is extremely limited in what he can do, he is still a big (6’10,” 270 pounds) who can play defense, eat fouls and rough up the Warriors’ small lineup.

All three of these aforementioned players have won championship rings in the past.

What is the worst that can happen by giving these guys some legit playing time?