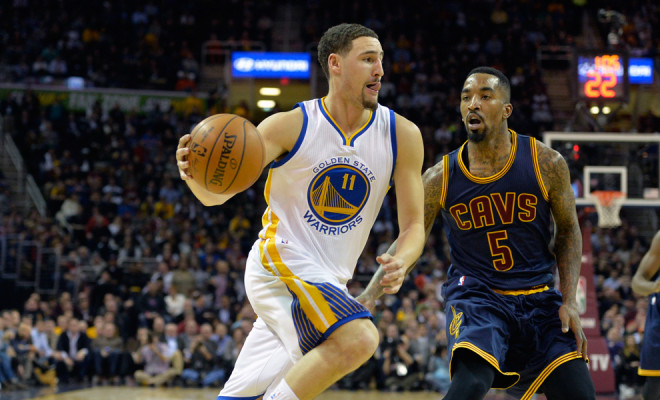 Some important news that could have a major effect on the NBA Finals came on Friday afternoon when Golden State Warriors guard Klay Thompson was officially diagnosed with a concussion.

The news came in a tweet from Rusty Simmons of the San Francisco Chronicle, who stated that Thompson won’t return to the court until being cleared by the NBA’s protocol on concussions.

Klay Thompson has been diagnosed with a concussion, according to Warriors. He won’t return to court until he’s cleared by league protocol.

Before Thompson can play again, he must show no lingering symptoms of the concussion. At that point, he needs to go through such things as non-contact drills and riding a stationary bike while again not exhibiting any symptoms.

Then, the Warriors’ team physician can clear him for play, but only after consulting with a doctor from the league office.

The diagnosis is a severe contrast to the original decision by Golden State team doctors, which was that he had only suffered a right ear laceration. Just prior to returning to Game 6 against the Houston Rockets, Thompson’s ear began bleeding, which forced him to receive stitches for the injury.

The original injury took place during the fourth quarter when Thompson was inadvertently kneed in the head by the Rockets’ Trevor Aziza.

Despite passing the original protocol on the team’s bench, Thompson began exhibiting symptoms of a concussion after the game had ended. He was not only unable to drive home, but vomited once he arrived, according to his father, former NBA player Mychal Thompson.

The fact that the NBA Finals don’t begin until June 4 could help alleviate the problem, but being that there’s no official timetable in place throws Thompson’s availability for at least Game 1 against the Cleveland Cavaliers into question.