Don't Miss
Home / Media / J.R. Smith on Celtics: ‘I don’t think they really pose a big threat to us’

J.R. Smith on Celtics: ‘I don’t think they really pose a big threat to us’ 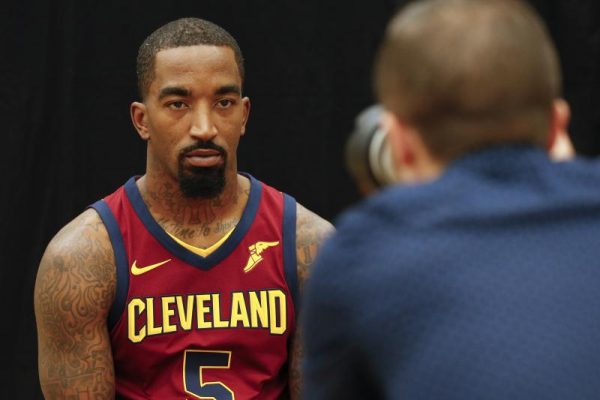 The Cleveland Cavaliers and Boston Celtics are just one day away from facing off in Tuesday’s season opener, and while the teams met in last year’s Eastern Conference Finals, shooting guard J.R. Smith is not worried about the rematch.

“I don’t think they really pose a big threat to us,” Smith said on Monday.

The Celtics were the No. 1 seed in the Eastern Conference last season, but could only muster one win against the Cavs in the conference finals. This offseason, the Celtics looked to increase their chances against the Cavs by drafting talented forward Jayson Tatum, signing Gordon Hayward in free agency, and of course trading for All-Star point guard Kyrie Irving.

The Cavs have added talent of their own, however, and enter the 2017-18 season as perhaps one of the deepest teams in the NBA.

However tomorrow night’s game ends, the Cavs and Celtics are sure to be two of the most competitive teams in the Eastern Conference. It’s good Smith doesn’t fear them, because there’s a good chance the two teams will meet again come the 2017-18 NBA Playoffs.