LeBron James Explains Why He No Longer Wears His Headband 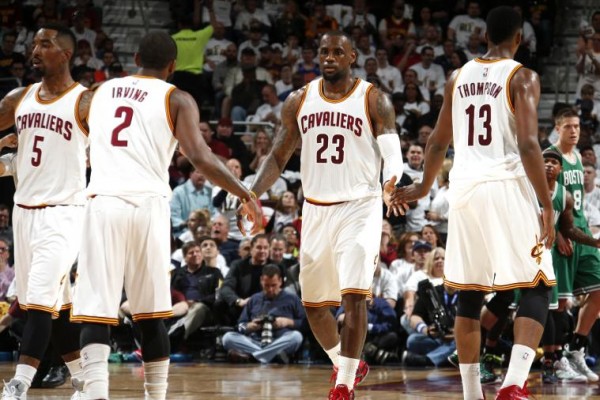 In the midst of the Cleveland Cavaliers’ 89-79 win over the Phoenix Suns on March 7, LeBron James did something that was rare enough to be immediately noticed by basketball fans everywhere: he removed his trademark headband.

The move came during the second quarter of the Phoenix contest, with James’ reasoning for the move remaining unknown. That’s because after the game, his only comment concerning the headband removal was a simple, “It just happened. I just took it off.”

The win was the team’s 21st in the previous 26 games, and there was some concern among the more superstitious that the headband held Samson-like power that would somehow cause the team to lose momentum. That failed to materialize, since the Cavaliers have been 17-4, including four playoff victories against the Boston Celtics, since James has removed the headband.

Nearly two months later, James has finally explained why he took this action, explaining to The Plain Dealer in an equally succinct manner, “I did it because I wanted to look like my teammates. Just wanted to be one. Nothing more than that.”

Since his return, and since the beginning of training camp, James has preached about “the process,” which is basically a mindset where team unity is the most integral component. The individual, in this case James, is important, but not at the expense of working towards the goal of a championship.

James’ move came just over a month before the regular season ended, and with the team already rolling at that point, the team-first decision was a way to keep everyone on the same page heading into the most important part of the season.

The next step in “the process” begins on Monday night when the Cavs host the Chicago Bulls in Game One of the Eastern Conference semifinals, with tipoff set for just after 7 p.m. E/T.