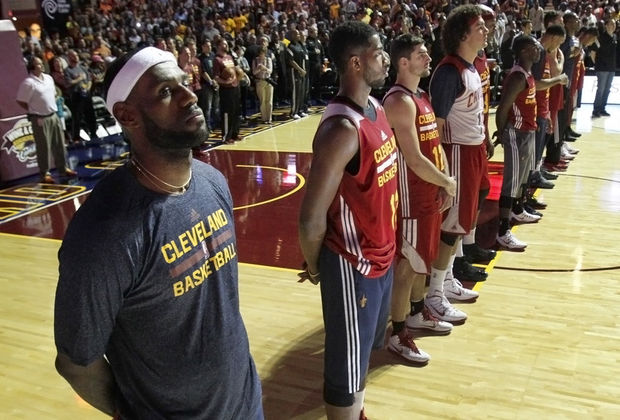 The year of 2014 has been quite the roller coaster ride for the Cleveland Cavaliers and the hard-working city of Cleveland, Ohio. The team underwent a complete facelift in regards to LeBron James returning to Cleveland, 2014 #1 overall draft pick Andrew Wiggins and 2013 #1 overall draft pick Anthony Bennett being traded for all-star forward Kevin Love, the addition of other key role players, and the hiring of head coach David Blatt.

To start off the 2014-2015 season, there was a monumental amount of hype surrounding the Cavs. For the most part during the first two months of the season with the season heading into January, the Cavs have not lived up to expectations. Here are 10 areas of improvement the Cavs need to immediately address in 2015 starting with number 10:

After the four teams currently ahead of the Cavs in the Eastern Conference standings (Toronto Raptors, Atlanta Hawks, Washington Wizards and Chicago Bulls), there is a massive drop off in quality teams. Despite their lingering injury woes, the Cavs are still in a prime position to compete in the East.