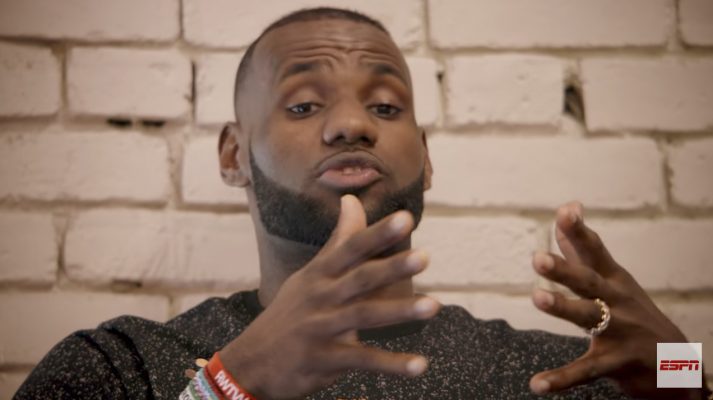 With rumors being floated over the past few days about LeBron James possibly leaving the Cleveland Cavaliers in 2018, his stormy 2010 departure and the vitriol it inspired recalled how that latter aspect nearly played a role in James playing elsewhere when he again became a free agent in 2014. That was apparent from a video that was shot during February’s All-Star break, but wasn’t released until Friday.

On James’ online media platform UNINTERRUPTED, he opens up (at approximately the 22-minute mark) about how he was interested in rejoining the Cavaliers three years ago, but was nearly dissuaded because of sharp opposition by both his wife and mother. One of the major factors for the animosity was the bitter letter that was released by Cavs owner Dan Gilbert on the same night that James left to play for the Miami Heat.

“When I was decided to go back to Cleveland, the owner at the time decided to put out this f—— article that we all know about, where he completely bashed me and disrespected not only me as an individual but disrespected my name,” James said. “And my name is not just myself, it’s my wife, my kids, my grandfather, my mother, so many more people.”

The memory of that infamous letter didn’t erode any of the anger felt by the rest of James’ family after four years. So when James was in the midst of choosing whether he’d return to play for the Cavaliers, he was pitted against the wishes of his wife and mother.

“My wife was like, ‘f—- that. I ain’t with that.’ … My mom was definitely like, ‘f— that. We ain’t going back,'” James said. “I had to be like, ‘You know what, mom, it ain’t even really about that (gesturing low), it’s more about this (gesturing high). It’s more of a bigger picture and it’s more of all these kids and all these people that need inspiration and a way to get out and I believe that I’m that way out.”

Despite having signed with the Cavs, James has rarely spoken of Gilbert since his return, preferring to offer any praise to general manager David Griffin. Over the past few months, he’s been vocal about how Gilbert needs to sign Griffin to a new contract, without actually mentioning the owner’s name. Should Gilbert fail on that task, James might be more inclined to leave after next season