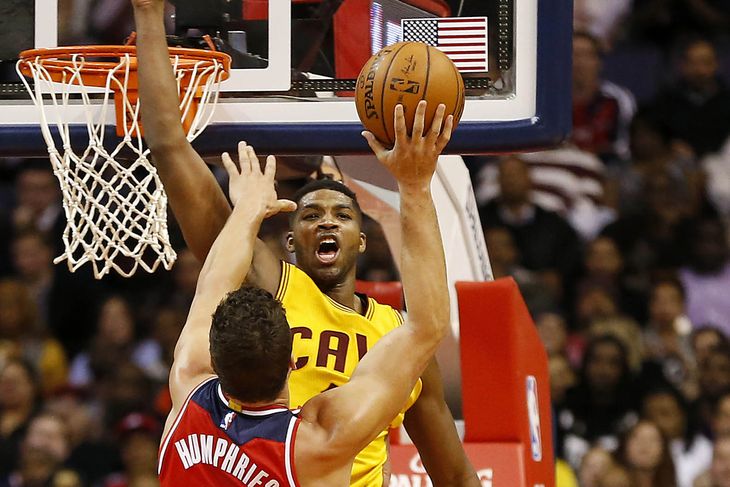 With another embarrassing loss on the books for the Cleveland Cavaliers, the postmortem among fans and the media is looking at the defeat from a variety of angles. However, the team’s continuing problems on defense stand out as an issue that lingers uncomfortably after 30 games.

In nearly half (14) of those clashes, Cleveland has been able to hold its opponents to under 100 points, and has an 11-3 record. During the first three weeks of action, that statistic didn’t seem to matter, given the team’s 1-3 mark in those games. That’s changed since the November 24 rout of the Orlando Magic, with the Cavs winning their last 10 games when holding teams to double digits.

While that specific milestone isn’t the only way to measure the effectiveness of the Cavaliers, the numbers from that point take shape to form, at best, a pattern of mediocrity. When opponents have scored between 100-105 points, the team has won just three of eight games; allowing above that, they’ve split eight games.

Since it’s too simplistic to focus on just those specific numbers, a need to explore other areas that expose the defensive flaws is required. Looking at some old and new statistics allows for that to happen. For instance, 24 teams hold their opponents to a lower field goal percentage than the Cavs, who currently allow their opponents to shoot 46.9% from the field.

When looking at rim protection, Cleveland again sits near the bottom when looking at the numbers. Opponents are collecting 13 field goals per game when a Cavalier defender is within five feet of the basket, many coming on either easy or barely contested layups or putbacks. Even worse is the fact that the Cavaliers have allowed the highest percentage of baskets in this category at 56.8 percent.

The problem with rim protection is coupled in part with the fact that the team is currently situated in the bottom third in both rebounds per game and rebound chances per contest. The latter category is defined as the number of times a player was in the vicinity of a rebound.

Finally, the lack of a big body inside the paint remains an issue, considering that the Cavs are again in the bottom third of the NBA when it comes to blocked shots.

That lack of intimidation was evident in the loss to the Miami Heat on Christmas Day when Luol Deng was able to drive to the basket nine times during the game. That’s three times better than his season average in that unique category, and one reason why he finished with 25 points—his third-best effort as a member of the Heat.

The problem of finding a player to replace the injured Anderson Varejao is currently a front and center issue with Cleveland, but the fact is that these issues already existed while he was in the lineup.

When Kevin Love was traded to the Cavaliers, critics charged that while he would provide plenty of offense, his play on defense would virtually cancel out that effort. Love is leading the team in rebounds, with just over 10 per game, but as noted above, there have been instances in which opponents have had little resistance while heading to the basket.

Tristan Thompson is currently hauling down 7.5 rebounds per game, which is expected to rise because of the added playing time Thompson will see as a result of Varejao’s injury.

In the three games since the Varejao injury, the Cavaliers are 1-2, with the losses coming against Miami and the Detroit Pistons. In the Miami game, easy access to the basket and a slide down the stretch proved deadly, while against Detroit, a sea of three-pointers (17 in all) proved to be a major contributing factor to the stunning loss.

In the win over Orlando, the Cavs’ strategy of defending center Nikola Vucevic through the tandem of Love and especially Thompson worked effectively. The problem here is that while that may work in specific cases, it does nothing to address the continuing ability of Cleveland’s opponents to get open looks from three-point range at will.

The problems with the Cavaliers’ defense are especially ominous when looking ahead to the postseason, since ranking among the top 10 in defensive efficiency is nearly a prerequisite to winning a title. Over the past 30 years, only two champions (1995 Houston Rockets and 2001 Los Angeles Lakers) have not been in that elite group.

With Cleveland currently on the other end of the spectrum for defensive efficiency, an intense focus on improvement in that area needs to be the number one concern in the weeks and months ahead. Otherwise, a quick exit from the playoffs could be in the offing, something no Cavalier fan would have considered last summer.