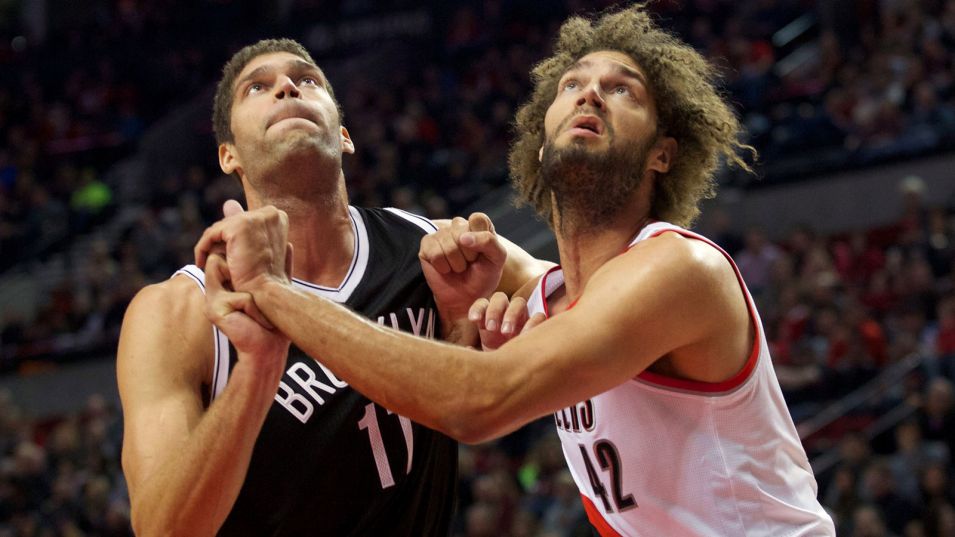 The Cleveland Cavaliers’ quest for a big man has now gone in the direction of acquiring one or both of the Lopez twin brothers, Brook of the Brooklyn Nets or Robin of the Portland Trail Blazers, according to Fox Sports Ohio’s Sam Amico.

Both brothers are currently sidelined with injuries: Brook is suffering from a strained lower back, while Robin is expected to be out another five to six weeks after fracturing his right hand against the San Antonio Spurs last night.

Of the two, Brook is the more likely to be traded, given Brooklyn’s slow start and his huge contract for next season. He has missed the Nets’ last eight games, with the first of those absences taking place when the Cavaliers collected a 110-88 victory over Brooklyn on December 8.

When he was playing this season, Brook averaged about 30 minutes per contest, while averaging 16.1 points and 6.2 rebounds per game. His status on the trading block has become more prominent with the emergence of his substitute, Mason Plumlee.

Brook is in his seventh year out of Stanford, and has averaged 17.9 points and 7.2 rebounds per game during his career.

Robin is also in his seventh year out of Stanford, and is averaging 9.6 points and 7.2 rebounds per game in just under 28 minutes of action a game. Each of those numbers are increases from his career numbers.

The Trail Blazers will likely be more reluctant to get rid of Lopez, given their strong start (22-6) which has them comfortably leading the Northwest Division and just 1.5 games from having the best record in the league.

Brook has one more year on a contract in which he can exercise an option that will pay him $17 million next year. Meanwhile, Robin will be a free agent at the end of this season, but is only making $6 million.

The Cavaliers have been rumored for months to be pursuing other big men in an attempt to offer solid depth to the front line. Like with many of those players, maneuvering within the salary cap is the main problem in this case.

The Cavaliers will next be in action on Tuesday night when they host the Minnesota Timberwolves in a 7 pm ET start.