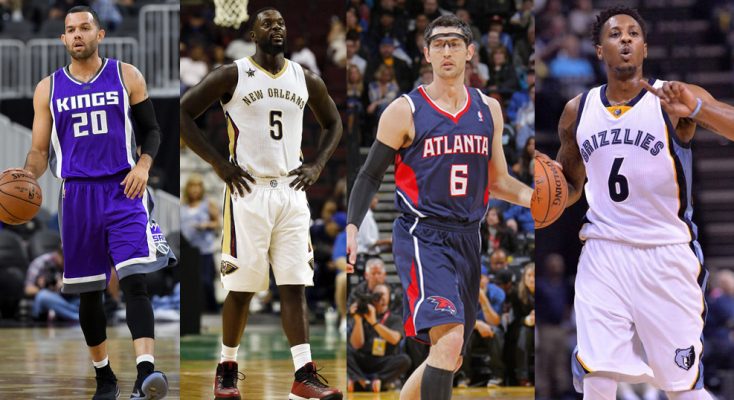 The NBA world has been consumed over the last few weeks with Cleveland Cavaliers superstar LeBron James demanding that his front office boost the team’s current roster with an additional playmaker.

Now, according to a report from Dave McMenamin of ESPN.com, Farmar has emerged as the frontrunner to get a shot with the Cavs:

“Farmar was given assurances that if anyone was to be signed by the Cavs from the workout, it would be him, a source familiar with the workout told ESPN.”

Farmar made a brief two-game stint with the Sacramento Kings earlier this season, averaging 6.0 points and 4.5 assists while playing 17.5 minutes per game.

The long-time Los Angeles Lakers guard was reportedly the top performer at the workout held on Wednesday, but another factor is coming into play as well. Two of Farmar’s competitors for the spot, Hinrich and Chalmers, are reportedly not willing to join the Cavs unless they are signed to a long-term contract. Farmar, along with Stephenson, is reportedly willing to sign a 10-day contract.

Cleveland is only interested in signing a short-term deal in case a better option becomes available once players around the league begin to agree to buyouts. In order to be eligible for this year’s playoffs, any player who has appeared in an NBA game this season must be waived (or bought out) by March 1. Additionally, the front office wants to remain flexible in case an appealing trade appears before the Feb. 23 trade deadline.

The team is also looking into other ways to open up another roster spot should a desirable player be bought out according to McMenamin:

“A source familiar with Cleveland’s roster plans told ESPN the Cavs will aggressively pursue trade destinations for the injured Chris ‘Birdman’ Andersen to try to open up another roster spot that could be used to land a buyout player.”

The 38-year-old former Miami Heat big is on an expiring contract worth only $1.5 million, which should be relatively easy for the team to move.

At this time, it is not certain that the team will offer a contract to anyone from the workout, but if they do, it is expected to be Farmar. The short-term contract would come with a slightly bigger price tag than expected. While the deal would only be for $57,700, the luxury-tax implications would bring the overall cost to around $200,000.