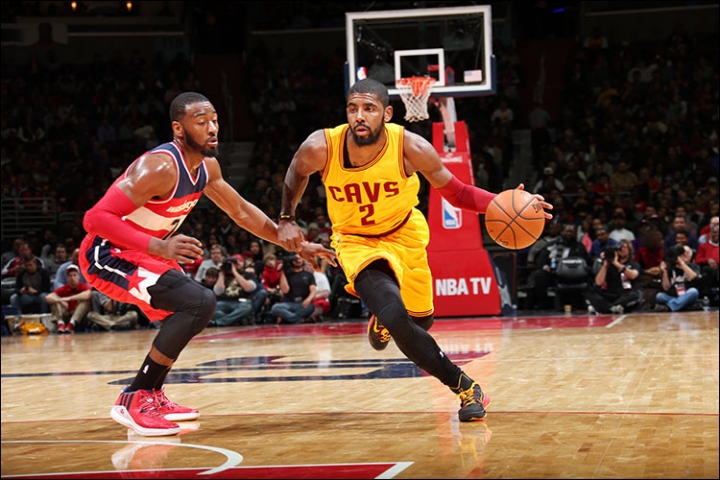 (Cleveland, OH) — The Cleveland Cavaliers face off against the Washington Wizards Wednesday night in the teams’ second meeting in less than a week.

The Wizards are 9-3 on the season, and defeated the Cavaliers last Friday in a sloppy game in which neither team looked particularly strong. The Wizards are in the process of bringing back injured shooting guard Bradley Beal, and will hope for a more balanced and cohesive effort from their team on Wednesday.

At 6-7, the Cavs are at the tip of an extended home stand that has the potential to place them above .500. The Cavs were able to stem the bleeding from their four game losing streak, by destroying the Orlando Magic at Quicken Loans Arena on Monday night. Unfortunately the Cavs can’t play the Magic every night, and will be facing a far superior Wizards team that dismantled the Cavs on Friday.

“There’s a lot to learn from that, and I really hope we learned from it,” said Coach David Blatt regarding the first loss to the Wizards, “(they’re a) strong team. They’re a team that was a playoff team last year, and a team that bettered themselves this year with some moves. They’re certainly a team to be reckoned with.“

The Cavaliers on the other hand are just hoping to find some consistency with their lineups game to game. Blatt explained that he is still experimenting with his lineups, “We’re constantly looking at how we can get better…. It’s not always about who is starting the game, it’s more about the combinations on the floor that are working, and the way that they’re playing together. I think we saw some change last night.” Blatt has already made a change to the starting lineup this season, substituting in veteran Shawn Marion for the incumbent Dion Waiters. It will be interesting to see if he makes any further edits, either on the wing or in the frontcourt.

Blatt has been vocal about the bench’s struggles throughout the four-game losing streak. He echoed that he is focused on experimenting with the bench rotations, “We’re looking at different options. Last night we played the game with different lineups, with some different players playing significant minutes during the important part of the game. You saw some different looks particularly from our second unit, and that constituted real change.“

Look for Lou Amundson to get a healthy dose of minutes Wednesday against a deep Washington frontcourt that has posed problems for the Cavs previously. Blatt was pleased with the energy Amundson provided off the bench and projects to give Amundson more time moving forward.

Capping off a busy week of Cavs quotes, LeBron James drew some media attention after criticizing his own lackluster play. James’ comments impressed Blatt who appreciated the gesture, “I think that says a lot. You want players to take responsibility for their team and themselves. When the greatest player in the game says such a thing, that’s powerful stuff.” LeBron has been inconsistent this year, and after being called out by numerous publications, James had one of his most aggressive games this season, notching 29 points and 11 assists.

The Cavs have struggled this season against playoff level opponents, but a win against the Wizards would go a long way towards convincing the fans and pundits of this Big 3’s fit together.