Report: Matthew Dellavedova To Miss Up To 6 Weeks With MCL Sprain 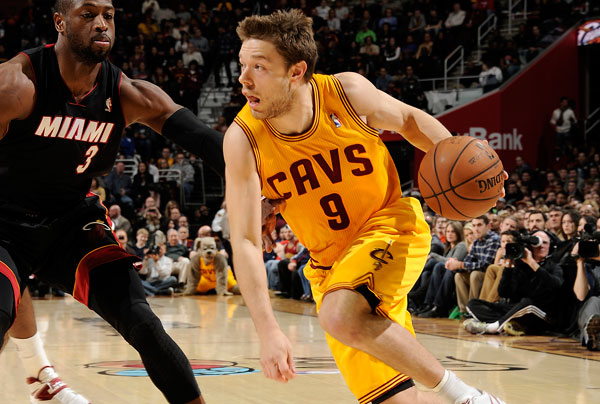 After backup point guard Matthew Dellavedova sustained an injury Tuesday night against the Portland Trail Blazers, doctors have diagnosed him with a Grade II MCL sprain in his left knee.

The Northeast Media Ohio Group has informed us that he could very well miss up to six weeks of action. The Cleveland Cavaliers plan to get Dellavedova checked out in Cleveland before they release any final information.

Sources have released this information on the conditions of anonymity because the team has yet to make an official announcement.

This is a big blow to a Cavaliers team that is in desperate need of Dellavedova’s perimeter defense. In an overtime victory over the Chicago Bulls last week, Delly closed out the game with the rest of the starting lineup, a testament to how much Head Coach David Blatt trusts his backup point guard.