However, prominent celebrity Kim Kardashian was thrilled to see Thompson depart Cleveland for the next chapter of his career in Boston. 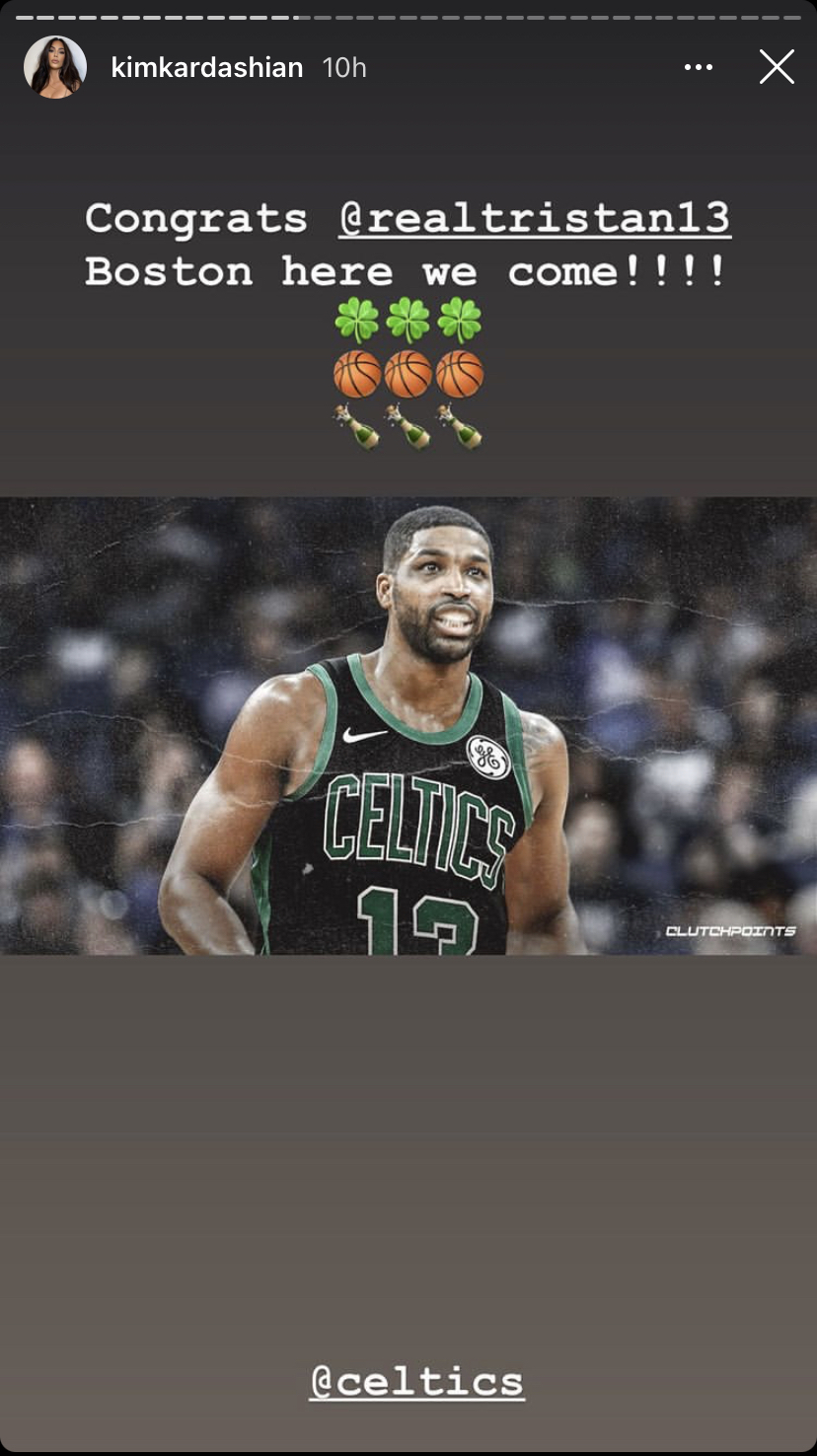 Of course, Thompson has strong connections to the popular Kardashian family.

After all, he has a child with Khloe Kardashian. Although Thompson and Khloe Kardashian have been through a ton of drama in the past, the power couple reportedly is back together.

Thompson, 29, was drafted with the No. 4 pick in the 2011 NBA Draft by the Cavaliers. The Cavs are the only team he’s played for over the course of his lengthy career.

The veteran averaged a career-high 12.0 points on top of 10.1 rebounds and 2.1 assists per game last season. However, the rebuilding Cavs finished with the worst record in the Eastern Conference last season.

Now, the 2016 champion is on a formidable contender. The Celtics were two wins away from advancing to the NBA Finals last season.