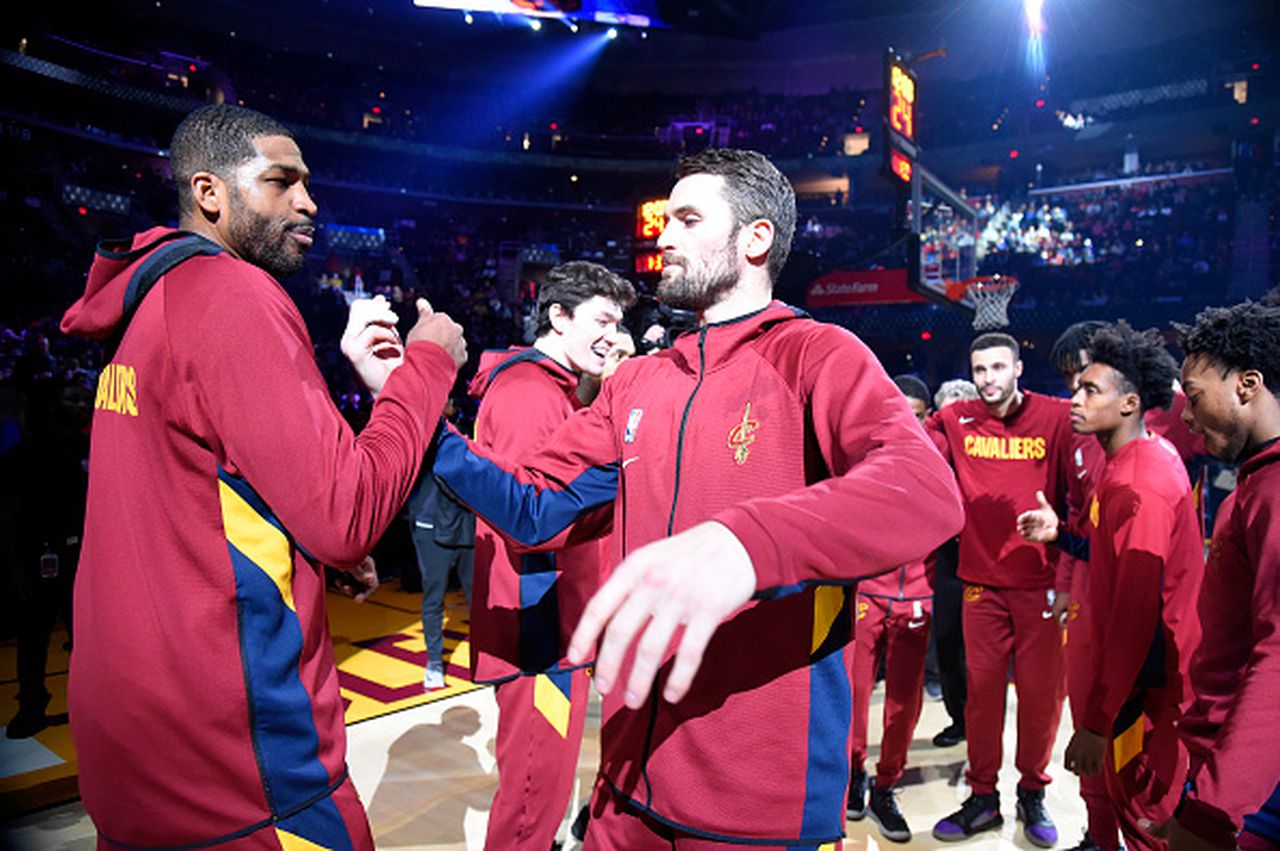 Cleveland Cavaliers forward Kevin Love took time on Sunday to say goodbye to his now-former teammate Tristan Thompson, who is moving on to play for the Boston Celtics.

Love was no doubt aware of the possibility that Thompson would leave in free agency, but the departure still stung after six seasons of playing together.

The first four years of that stretch were magical, with the Cavaliers reaching the NBA Finals each season from 2015 to 2018 and winning the franchise’s lone league title in 2016.

However, the departure of LeBron James in 2018 began a painful rebuilding process that continues, with Thompson now moving on to try to help the Celtics win a championship.

Love, who’s been the subject of trade rumors almost since he was acquired by the Cavaliers in 2014, could conceivably find himself on another team at some point.

Right now, there appears to be limited interest from other teams for the 32-year-old Love, who’s set to begin the second season of a four-year, $120 million contract extension.

The 2020-21 NBA schedule is set to get underway next month. It’s currently unknown when the Cavs and Celtics will face each other, but when that takes place, Love and Thompson will battle each other on the court.