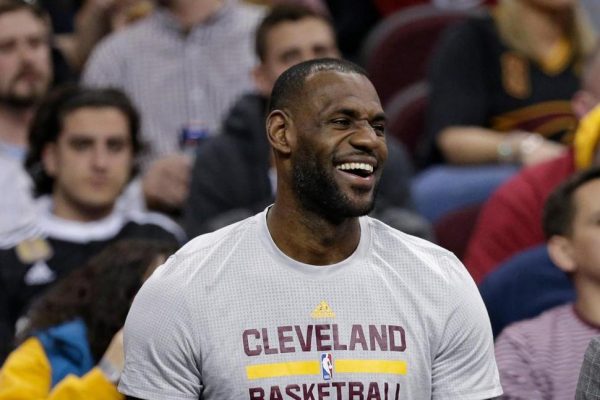 The idea of occasionally keeping Cleveland Cavaliers forward LeBron James out of the lineup is being used as a strategic move by Cavs head coach Tyronn Lue to keep him fresh for what will hopefully be a long playoff run. Despite the payoff over the past two years in the form of one NBA title and a pair of finals appearances, some people are criticizing the move, including those noting that it denotes weakness on the part of James.

James had sat out Wednesday night’s game in Indianapolis against the Indiana Pacers, which outraged some fans and at least one local columnist. That columnist from The Indianapolis Star, Bob Kravitz, is a former sportswriter for the Cleveland Plain Dealer. He cited the fact that it was just the Cavaliers’ 11th game of the season.

“The wussification of America is complete now.

“It was bad enough during the baseball postseason when managers started yanking productive starting pitchers after five innings, or when relievers hit the 30-pitch mark and broadcasters breathlessly wondered how – oh, HOW! – that reliever might come back the next evening and, you know, do the job he’s paid millions to do.

Kravitz then attempted to compare the handling of James to that of players from 30 years ago.

“Remember the old days when Larry Bird and Magic Johnson routinely took the night off three weeks into the season so they could properly maintain their bodies and get the proper amount of beauty sleep? No, me neither. Somewhere, Cal Ripken, Jr. is smirking.”

Attempting to somewhat temper his comments, Kravitz ended up by again noting that it was only Cleveland’s 11th game of the year.

“Now, before my old city of Cleveland crushes me and suggests I’m calling James soft, understand, I am not. Repeat: I. Am. Not. The guy is the ultimate basketball warrior, as tough-minded and emotionally invested in winning as Michael or Kobe or any of the other all-timers,” Kravitz said. “I’m just saying, these guys are now surrounded by so many specialists, so many sports scientists and sleep doctors and nutritionists and folks who monitor their every bodily function, even the gross ones, they end up being pampered and babied and convinced they need a night off in just the 11th game of the season.”

In an effort to show that Kravitz wasn’t the only one venting about the decision, he offered comments from a pair of fans. One individual, who wasn’t named, was attending the game with his two young sons. As the group was taking an elevator from a parking garage, Kravitz attempted to show how much James had devastated the children:

“’Are you here to write about LeBron?’ a father asked me as I rode down the parking-garage elevator with him and his two young boys.

“’Well,’ he said, drawing a deep breath of resignation, ‘we know now.’

“I stole a glance at the two young boys and wished I’d kept my mouth shut. It was as if I’d told them there was no Santa Claus.”

Finally, Anthony Knox was a fan who had traveled to see the game, only to discover that James would be sitting out.

“Devastating, man. Drove three hours. Came from Chicago, man. I was going to cross that off my bucket list. Get to see LeBron,” Knox said. “But that’s not happening tonight.

“I’m just stunned,” Knox said. “We had that long drive, and I’ve been wanting to see LeBron play for years. I finally get the opportunity, and now I find out he’s not playing, and I’m like, ‘Dude, we’re 11 games into the season, and you’re sitting out. Come on man.’ Breaks my heart.”

Despite all the angst, the Cavaliers have no plans to change these plans. Such a strategy has been used by numerous other teams and has worked wonders for the San Antonio Spurs, who have won five NBA titles in a 16-year span.