Former Cleveland Cavaliers players J.R. Smith and Sam Dekker have made news over the past couple of days.

It all began when Smith admitted that Dekker is the only player he’s played with in the league who he didn’t like. Dekker responded to Smith’s assertion via social media.

Dekker’s wife, Olivia, has also made her opinion known by liking a pointed tweet the questioned Smith’s intelligence. 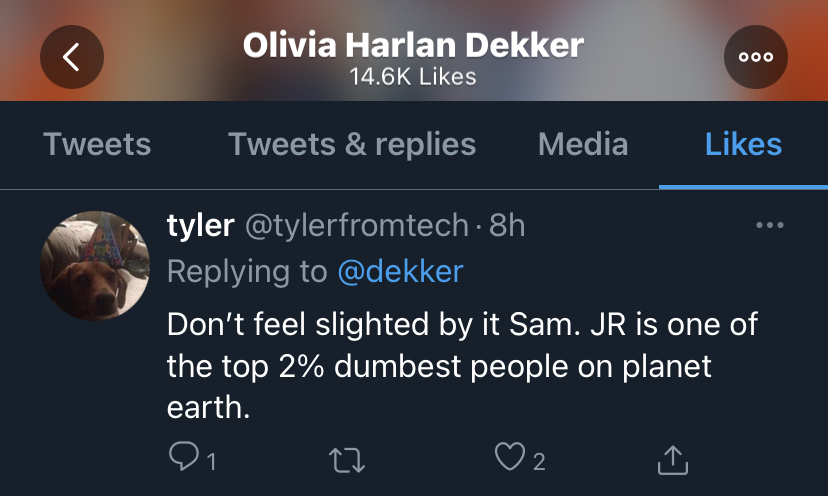 With that in mind, it is hard to deny that Sam Dekker enjoyed a very short stint in the NBA. Whether that is due to his performance or due to the fact that other players feel similarly to Smith is unknown.

What is known, is that neither Sam Dekker nor his wife seem all that happy about Smith’s words.

It will be interesting to see if the two-time champ takes the time to respond to his former teammate.