LeBron Explains His Mentality After Going Ballistic in Crunch Time vs. Nuggets 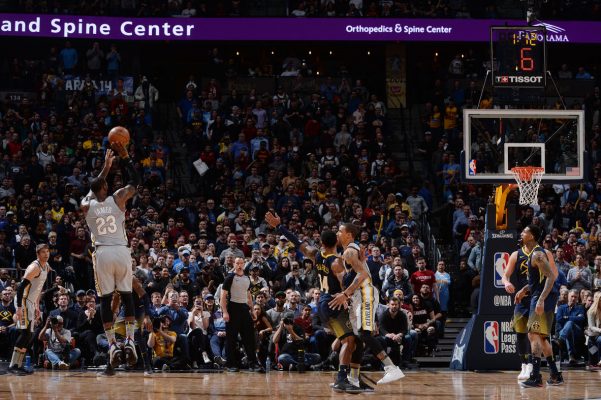 LeBron James had another spectacular night, draining one clutch shot after another to give the Cleveland Cavaliers a 113-108 win over the Denver Nuggets. The King took over the final two minutes of the game, scoring the last four baskets for the Cavs.

In his postgame interview, James explained what was going through his mind during the closing minutes of the fourth quarter.

.@KingJames recounts how he was able to deliver for the @cavs during closing time. #AllForOne pic.twitter.com/Lqlz5WxDVJ

True to his description, the two fadeaway jump shots were well defended providing him very little to almost no space at all.

When asked how he knew when it was time to dominate the ball game, the Cavs superstar spoke like a veteran who has been through similar battles before.

James recognized that he hadn’t shot the ball much after the start of the third quarter and so he tried to impose his will on the game by closing it out for the team. His 39 points, 10 assists and eight rebounds showed not only an imprint but a complete dominance of the game.

He also acknowledged that every quarter is different and that even though he was off to a good start in the third, his scoring tapered off and he missed some shots in the fourth.

But that didn’t stop the King from doing what he does best: taking over the game.

“I put so much work in my game that I’m capable of making any difficult shot all over the floor,” he said.