Recently, J.R. Smith opened up about why Sam Dekker has been the only teammate he could not stand during his 16 seasons in the NBA.

Dekker, who played briefly with Smith for the Cleveland Cavaliers in the 2018-19 season, responded with a Twitter post. He refuted the accusation the veteran guard threw at him and explained why Smith’s comments caught him by surprise. 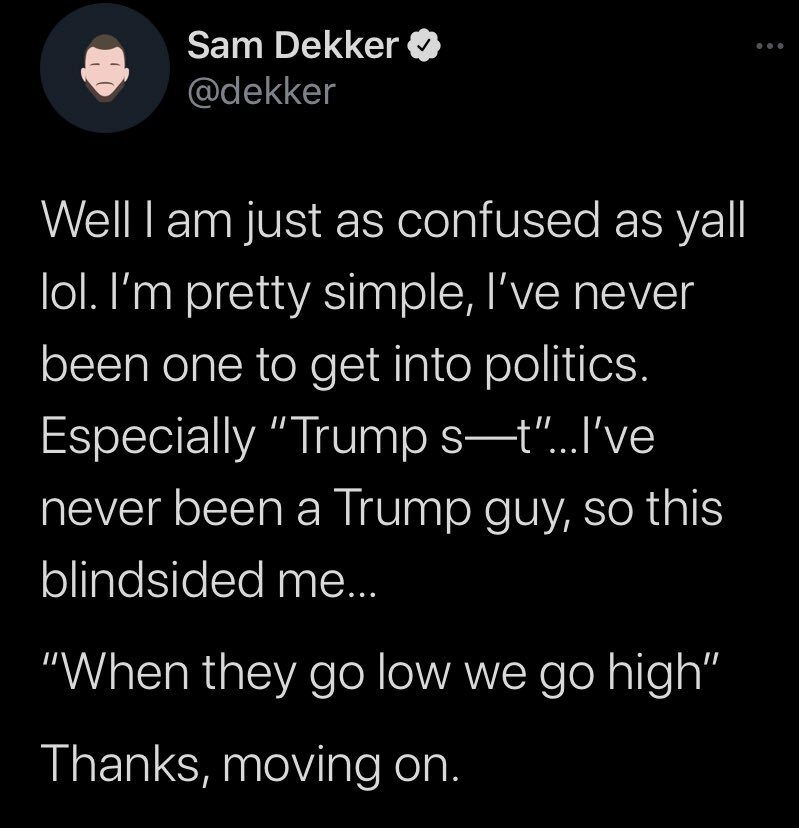 Dekker had an impressive start to his basketball career.

He was a five-star recruit coming into college, but decided to remain in his home state to play for the University of Wisconsin-Madison. He helped the college basketball team reach the 2015 NCAA championship game where they lost to Duke University.

The 6-foot-8 swingman then decided to turn pro after the title run. He was drafted 18th overall by the Houston Rockets. However, the success he had in college eluded him during his four-year stint in the NBA.

Dekker was traded to Cleveland in the 2018 offseason. He played just nine games in a Cavaliers uniform, averaging 6.3 points and 3.7 rebounds per contest, before being shipped to the Washington Wizards in a three-team deal.

Dekker was out of the NBA after the 2018-19 season. He had remained under the radar until Smith mentioned his name a few days ago.