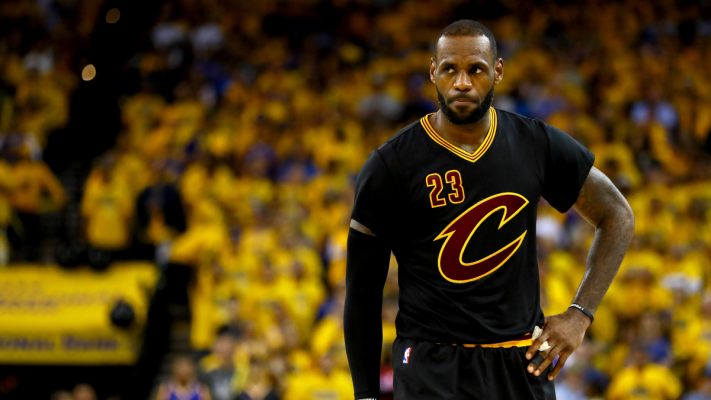 Golden State Warriors forward Draymond Green lived up to his notoriously dirty reputation on Monday night as he shoulder-checked Cleveland Cavaliers superstar LeBron James, who was sprinting at full speed on a fast break.

The play occurred in the middle of the second quarter and Green was assessed a flagrant foul for the hit. In addition, Cavs teammate Richard Jefferson didn’t take too kindly to Green’s dirty foul and let him know what he thought about it shortly afterwards.

Draymond Green hits LeBron James hard with a flagrant. Draymond thinks it's a flop. Richard Jefferson gets in his FACE! #CavsWarriors pic.twitter.com/RuZWrxU43S

After the game, James was asked what he thought about the hit and said that it wasn’t that big of a deal and he didn’t even know what had happened at the time due to the play happening so quickly.

LeBron on Draymond collision: "His shoulder hit me in the face. It happened so fast I didn't know who it was. I'm OK, I'm a football player"