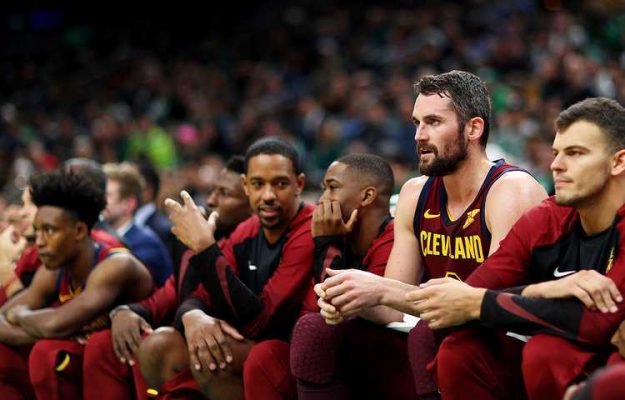 Winning the 2016 NBA championship was a huge achievement for the Cleveland Cavaliers and the city they represent.

However, Cavaliers forward Kevin Love doesn’t believe it was a happy ending, and that he was merely doing his job when they achieved the feat.

In a revealing piece on The Players’ Tribune, Love explained that a person doesn’t achieve his or her “way out of depression.”

“No, as sweet as it was to win an NBA title for the city of Cleveland, that wasn’t the happy ending,” Love said. “That was my job, which is now a different thing from my identity and my self-worth. One of the best days of my life happened after I started working through my issues with a therapist, and I walked into a room for the first time and I was just 100% my authentic self. I was comfortable in my own skin. I was alright with just being Kevin. I wasn’t thinking about the next thing. I was just in the moment, fully alive. And I can tell you from experience that you can live for years, but not be really alive and fully present for 30 seconds at a time.”

Despite his statement that seems to downplay the happiness that an NBA championship brings to an individual, Love is merely putting the accomplishment in its proper place when comparing it to valuing one’s self.

He is one of the most outspoken athletes on the issues of mental health. Love and fellow NBA player DeMar DeRozan have been stalwarts in raising awareness about mental illnesses that have plagued even the most high-profile athletes.

Love has accomplished a lot on the basketball court during his 12 seasons in the league. He is a five-time All-Star, rebounding champion and the Most Improved Player awardee in 2011.

Regardless of his success on the court, Love’s off-the-court success appears to be just as valuable to him, if not more valuable.