Report: Cavs Have 1 Draft Prospect ‘Sitting Firmly Towards the Top’ of Their List 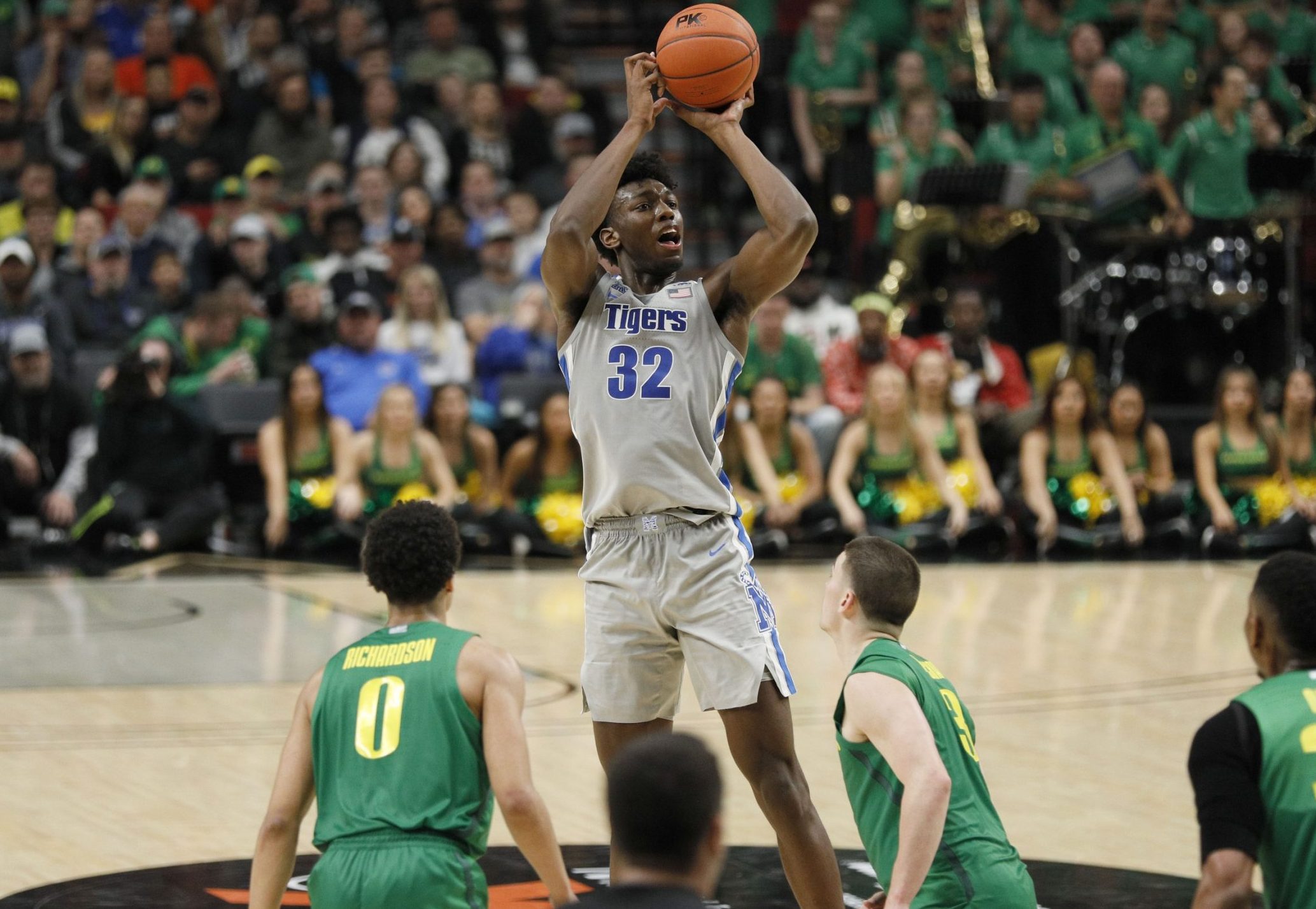 The Cleveland Cavaliers are expected to have a high selection in the 2020 NBA Draft.

According to Evan Dammarell of Forbes.com, the Cavs already have their eyes set on former University of Memphis big man James Wiseman.

“It appears the Cavaliers have their personal preferences of this year’s top prospects, with Memphis big man James Wiseman sitting firmly towards the top of their list, per league sources,” Dammarell wrote. “It makes sense why the Cavaliers are high on Wiseman. The big man is an athletic phenomenon who flashes elite two-way potential with long arms and a strong frame.”

Wiseman, 19, is one of the most talented players in the upcoming draft.

The 7-footer only played in three games during his college career. However, the small sample size was enough to show his potential.

The Cavs are currently stacked with big men. Forwards Kevin Love and Larry Nance Jr. are locked up on the roster for at least the next couple years.

Newcomer Andre Drummond is expected to pick up his player option this offseason and stay in Cleveland. In addition, stalwart Tristan Thompson can stay with the Cavs should he sign a new contract with the team.

There are a plethora of scenarios the team’s front office will have to think through. Luckily, it has plenty of time to do so.

The Cleveland Cavaliers and newcomer Andre Drummond could be partnered together for a long time. Both parties have begun...