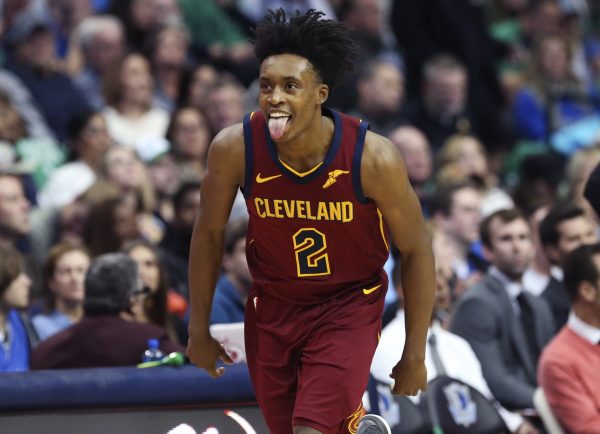 Collin Sexton has been on an offensive tear as of late and in Saturday night’s loss to the Dallas Mavericks, he crossed a threshold that not even LeBron James could surpass when he was a rookie.

Sexton recorded 28 points versus the Mavs, marking his fifth straight game of 20 or more points. James managed to record only four consecutive 20-point games in his rookie campaign.

#Cavs Collin Sexton has now done something that not even LeBron James did as a rookie: Score 20-plus points in five straight games. Sexton up to 22 tonight.

At the start of the season, Sexton was struggling in many facets of his game. While he certainly still has room to grow as a passer and a defender, there is little doubt that he has the potential to be a premier score-first point guard in the NBA.

The Cavs have 12 games left on their regular season schedule and Sexton will certainly look to finish strong.

While it’s unlikely he will win the Rookie of the Year award, there is little doubt that he will be considered amongst the most exciting sophomore players when the 2019-20 season rolls around.