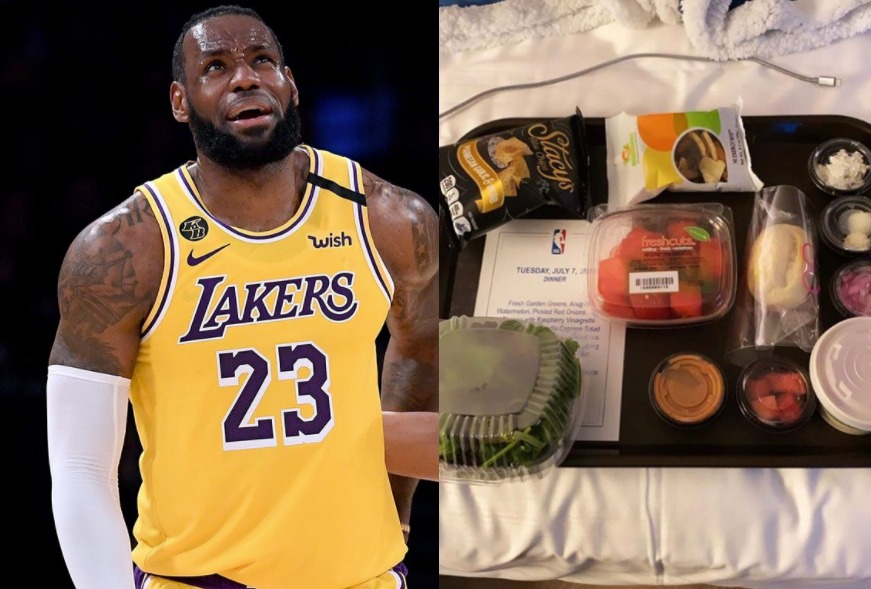 On Tuesday night, Denver Nuggets guard Troy Daniels posted a picture on social media of a meal that was served to him upon arriving in the NBA’s bubble environment.

This led former Cleveland Cavaliers guard Isaiah Thomas to declare that LeBron James would never eat such a skimpy meal.

Many on social media poked fun at the meal Daniels was given, comparing it to airline food or, even worse, the food that is served in jail.

James has become well-known for sparing no expense in order to take care of his body. It’s estimated that he spends about $1.5 million a season to remain in top shape.

Therefore, it is no wonder why the three-time NBA champ may recoil at the thought of eating a meal like the one that Daniels was served.

Luckily for James and other players, the New York Times‘ Marc Stein has tweeted that they will soon move on from being served “airline” food.

Food in the NBA bubble changes after quarantines are completed. Player meals won't look like airline trays after the first 48 hours …

All 22 teams that will participate in the season’s restart will make their way to Orlando, Fla. by Thursday. The first games are scheduled for July 30.