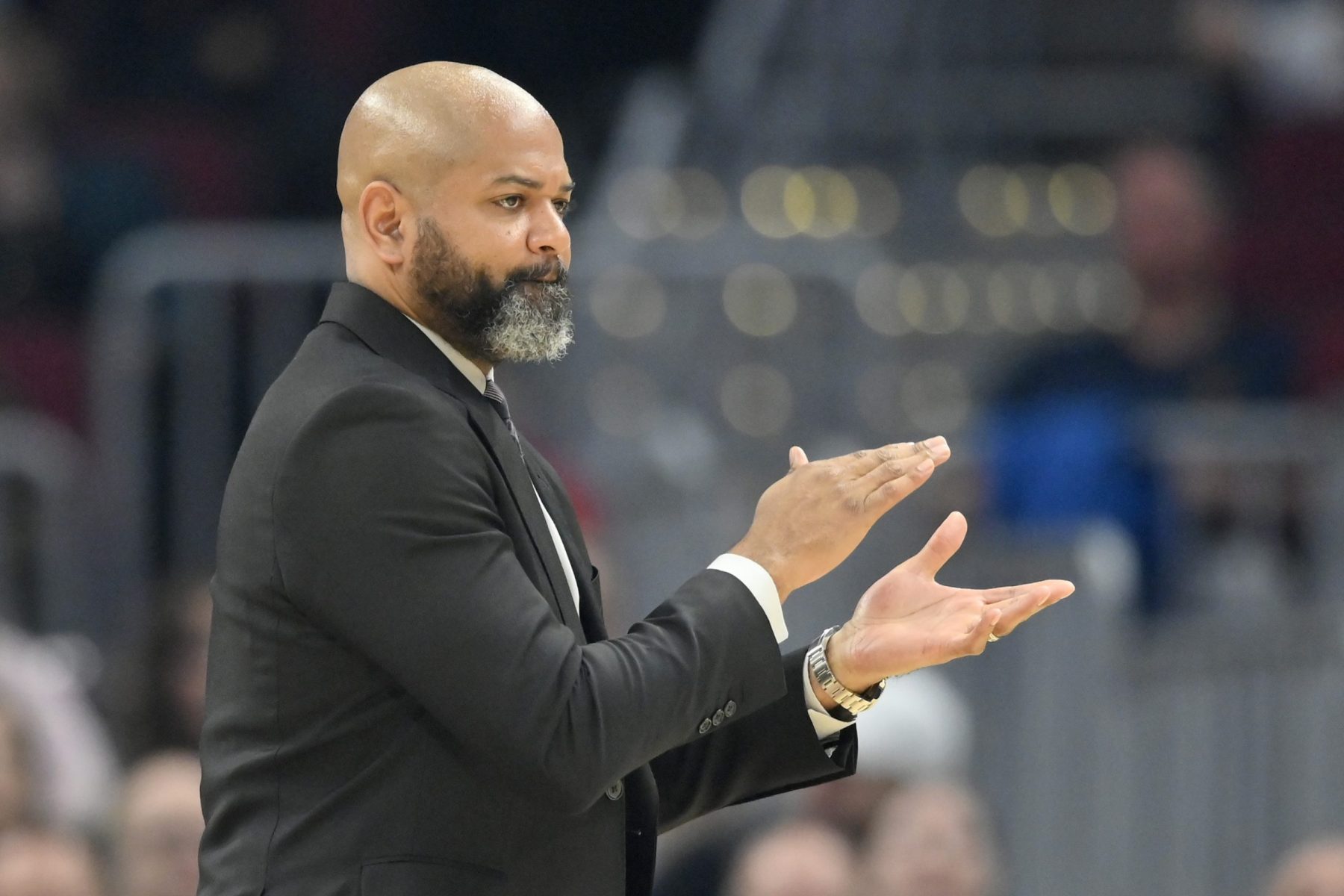 Cleveland Cavaliers head coach J.B. Bickerstaff had a powerful message for African-American men, as he encouraged them to show their emotions, on an episode of “Time to Talk.”

The episode revolves around a discussion about African-American men and mental health.

“Helping people and young men in particular understand the ‘why’ they are feeling the way that they are feeling, and once we identify the ‘why,’ then they can work to start to resolve those issues,” Bickerstaff said.

“We spend so much time and the guys that we work with, we’ll see guys just get upset, just get angry. They’ll get frustrated and they don’t know why they get upset. They don’t understand why they’re so frustrated.”

Bickerstaff discussed the importance of working with Cavs forward Kevin Love, who has been very vocal about his battles with mental health.

“There is a stigma against mental health,” Bickerstaff said. “In our community, being a sign of weakness, having feelings, all of those things like you can’t cry, you can’t be hurt. In our league it’s full of alpha males.

“It’s full of guys who have to be tough, who can’t show weakness, who can’t let their emotions out, because they’re always trying to climb to the top.”

Bickerstaff doesn’t believe that having emotions should be considered a sign of weakness.

“To have a guy like Kevin, who’s been to the mountaintop in our sport. He is a six-time All-Star I believe. He is a world champion,” Bickerstaff said. “For him to come out and be a tool for other people in our organization to have conversations with him, he does have some tools of coping and again, giving people the opportunity to ask for the help, I think is huge.

“That’s part of our fight, is nobody wants to admit to it. No one wants to raise their hand, because they are afraid of growing up being called ‘soft.’”

Bickerstaff says that the goal is to try to break down the barrier of players trying to not show how they feel.

“If we’ve got guys that are holding back and not willing to take that step, we’re not going to be as effective as a team as we need to be,” Bickerstaff said. “So, for the benefit of our individuals and the benefit of our team, those are the fights that we’re fighting and the pushes to get guys to understand that it is OK.

“It is OK to ask help from your teammate. If you can’t guard a guy it’s OK to ask for help. This is kind of the same thing on a deeper level.”

The concern for his players’ well-being is yet another reason why Bickerstaff has been received so well in Cleveland.

While the Cavs’ 2019-20 season is over, the team went 5-6 in 11 games under Bickerstaff. He will have the ability to build on that success next season, as the Cavs inked him to a contract extension through the 2023-24 season.