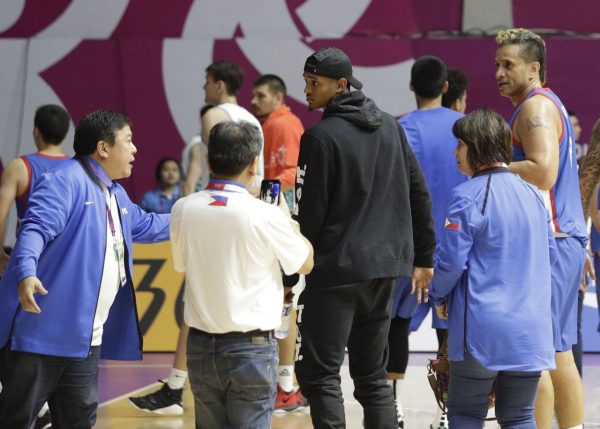 Despite his original plan of playing for the Philippines national team being delayed due to clearance issues, Cleveland Cavaliers guard Jordan Clarkson is ready to compete in the team’s remaining contests at the Asian Games in Indonesia. Along the way, he spoke in part on the behind-the-scenes issues that kept him from taking the court.

At first, news broke over the weekend that Clarkson wouldn’t be able to compete at all because of the red tape and delays in getting that clearance from the NBA. That’s since been rectified, with Clarkson expected to be ready to play against China.

Clarkson explained both the ups and downs of the clearance issue and his enthusiasm about the ultimate resolution:

“We went back and forth so many times, saying I was going to play, then I wasn’t going to play,” the 6-5 (1.96-meter) Clarkson told Philippines’ reporters after Thursday’s game. “Now, being able to participate is awesome.

“I’m very excited to know that I’m finally getting to do this, being able to play … for the country. It’s definitely something that I’ve been looking forward to.”

In order to compete, Clarkson had to petition the NBA for an exemption to play in the tournament. He qualifies for the Philippines team due to his grandmother’s heritage.

“I feel the support, the love all the time,” he said. “My grandma is real proud I’m able to do this now.”

Clarkson describes the Philippines’ style of play as “fun,” though once he begins training camp with the Cavaliers late next month, a business approach will be necessary. That’s because the revamped Cavaliers will not have the talents of LeBron James to fall back on after he left to sign with the Los Angeles Lakers, Clarkson’s old team.

The hope is that the 26-year-old Clarkson will be able to improve on his 12.6 points, 2.1 rebounds and 1.7 assists per game in his 28 regular season games with the Cavs. Those numbers were down from his averages with the Lakers, prior to the Feb. 8 deal that brought him to the Cavaliers along with Larry Nance Jr.