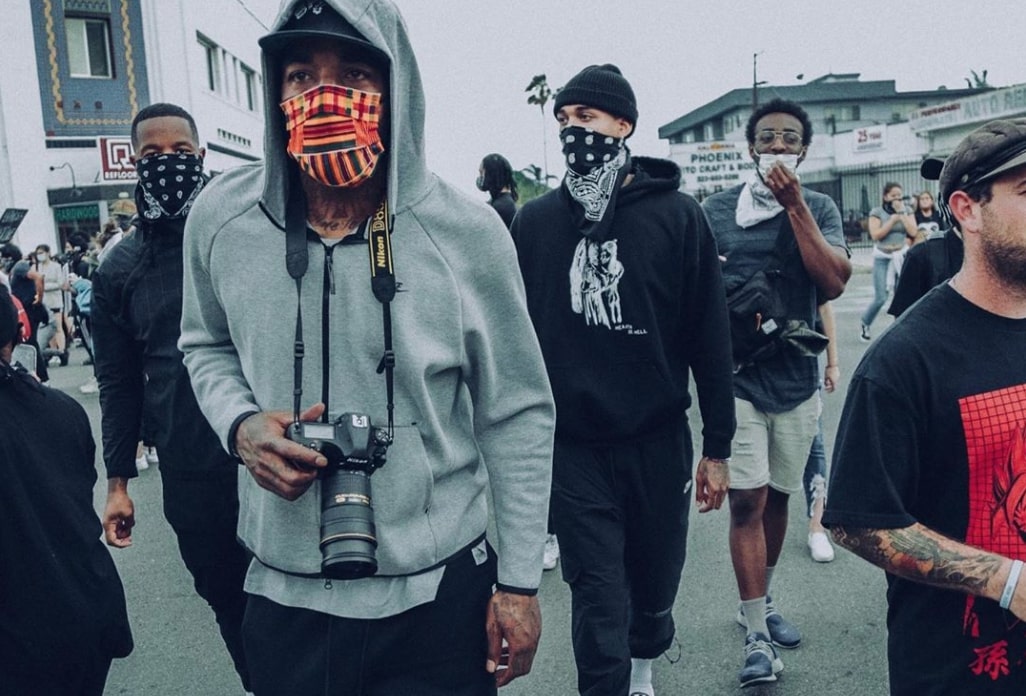 NBA players are showing up to protests all over the country following the death of George Floyd, a black man who was the subject of police brutality in Minneapolis, Minn. on Monday.

As a matter of fact, former Cleveland Cavaliers guards J.R. Smith and Jordan Clarkson joined the heated protests in Los Angeles on Saturday.

Protest and riots have broken out in multiple major cities over the course of the week.

The uproar is in response to the death of Floyd, whose death amplified the exposure of racism, police brutality and injustice across the country.

According to police, Floyd had a medical issue during an attempted arrest. However, video of the exchange portrays a police officer with his knee on Floyd’s neck for multiple minutes. In the clip, the 46-year-old can be heard crying out that he can’t breathe.

Smith, who was exiled from the Cavs last season, has never been shy to share his opinion. The 2016 champion has voiced his displeasure with law enforcement and the unfair treatment of black people in the past.

While Smith and the Cavs had an ugly divorce, the team shipped Clarkson to the Utah Jazz earlier this season. The 27-year-old is putting up 15.6 points and 2.9 boards per game this season for the Jazz.