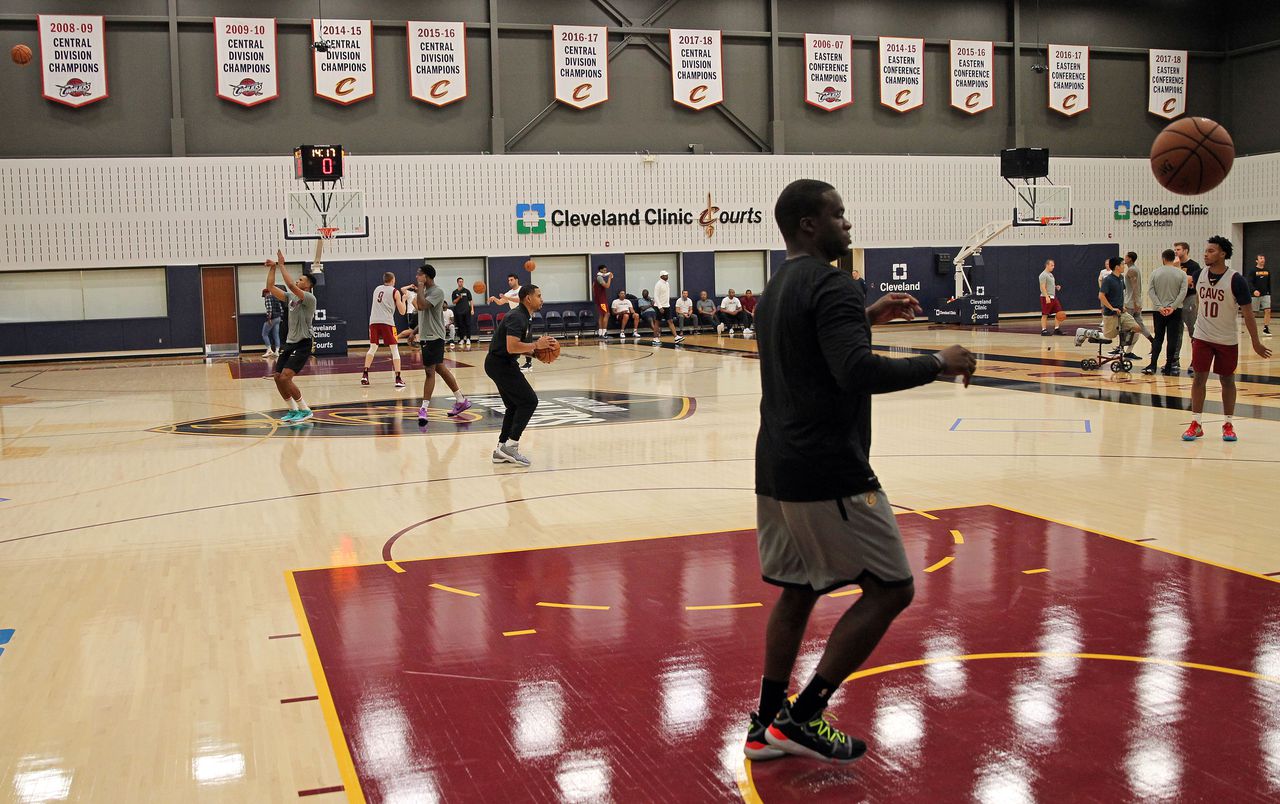 Many NBA players will soon be returning to the practice court as restrictions related to the COVID-19 pandemic begin to relax.

Amongst them are those on the Cleveland Cavaliers’ roster. The team’s practice facility will open up on Friday, and it may take some time for the players to acclimate to the new practice restrictions established by the team.

“Sources say the Cavs will assign at least two basketballs to each player,” Chris Fedor of Cleveland.com wrote. “Those balls will have a specific name and number attached to them and will remain that player’s designated basketball for each workout, so there’s no crossover. The ball will be sanitized and wiped down after each use. The weight room will also be open, but only equipment that doesn’t require a spotter.

“Initially, the plan is to break up the individual workouts — which will take place Monday-Thursday — into two-hour windows, with 45 minutes intended for on-court work, 45 minutes for the weight room and a 30-minute cool-down session that could involve treatment, recovery shakes and icing if needed. Upon exiting, the Cavs will provide players with chef-cooked meals in a to-go box.”

Clearly, there will be no five-on-five scrimmages, let alone competitive games, for quite some time. Still, a return to the practice court is certainly good news when it comes to team cohesiveness and general morale.

Since the NBA paused its 2019-20 season well over a month ago, many players have taken to social media to express their sense of loss without being able to play the game they love.

While players won’t be putting on their game jerseys yet, they’ll surely regard the sound of bouncing balls and squeaking sneakers as music to their ears.