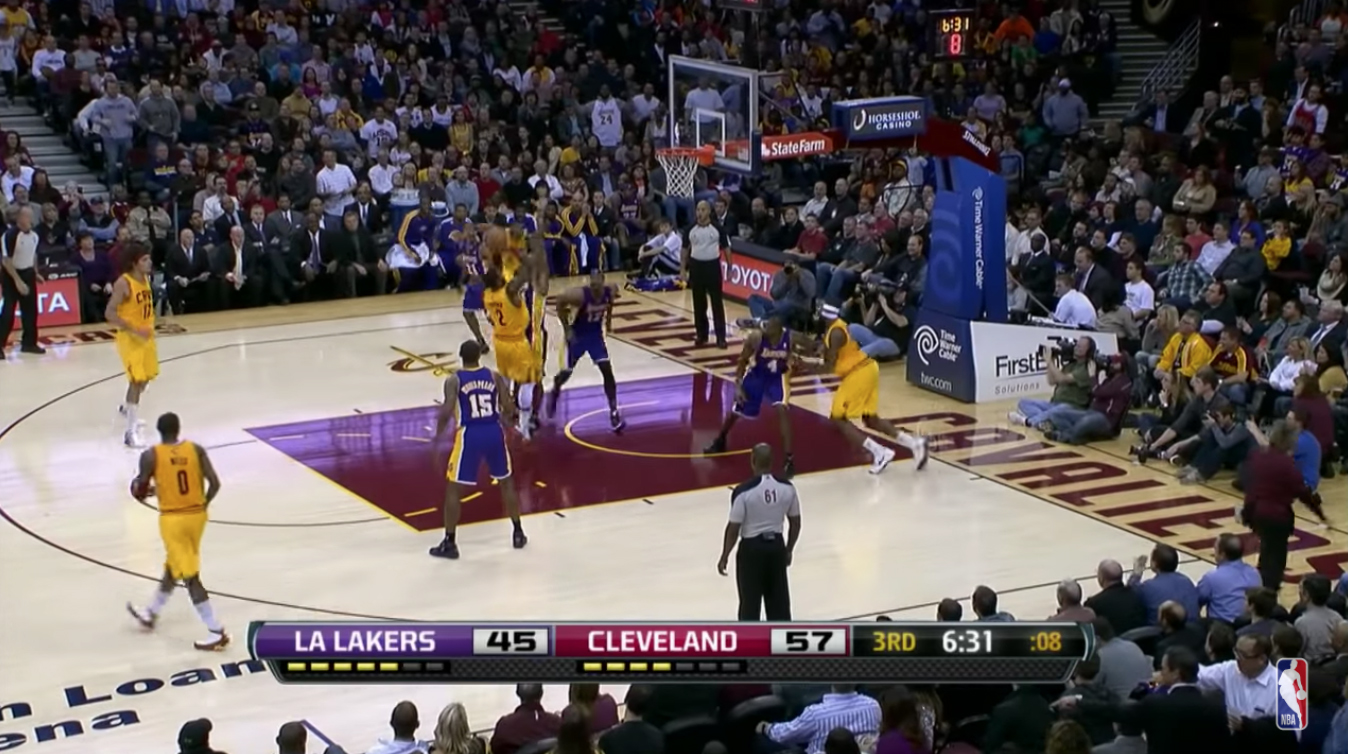 Since the passing of Los Angeles Lakers legend Kobe Bryant, NBA stars of all ages have come forward to share their personal stories involving the all-time great.

The latest story came from Brooklyn Nets star Kyrie Irving, who shared a hilarious story of when he was guarded by Bryant during the All-Star point guard’s time with the Cleveland Cavaliers.

enjoyed Kyrie telling one of his favorite Kobe stories from the Cavs days pic.twitter.com/5uM2mHmsFY

Irving then broke down the memory in more detail.

“When we played against Kob, I was begging our medical staff to let me play, that game when Kob came back,” Irving said. “Because Kob had like 42 that game and he guaranteed that he was going to give us 40. Okay cool. So, I get it at the top of the key and I hear the crowd, and the crowd is like, they’re all erupting silently. And I hear everybody clapping and they’re like, ‘Ohhh yeah.’ And it’s at the top of the key, now what does that remind you of?

“Back in the city, back in Jersey, when you get into that moment. This is your time. So, I get it at the top of the key, and I make a move, he stutters a little bit and I spin. And when I spun, this dude was waiting for that and he punched that s—. He punched it. He punched it bro.”

Irving then looked back at the moment one final time. While he readily admitted that Bryant got the better of him, he also expressed his belief that the crowd had something to do with the offensive snafu as well.

“I’m gonna play him one on one in heaven, we good,” Irving said. “I’m gonna get him back.”