Larry Nance Jr. Opens Up on Biggest Challenge of Playing Alongside LeBron James 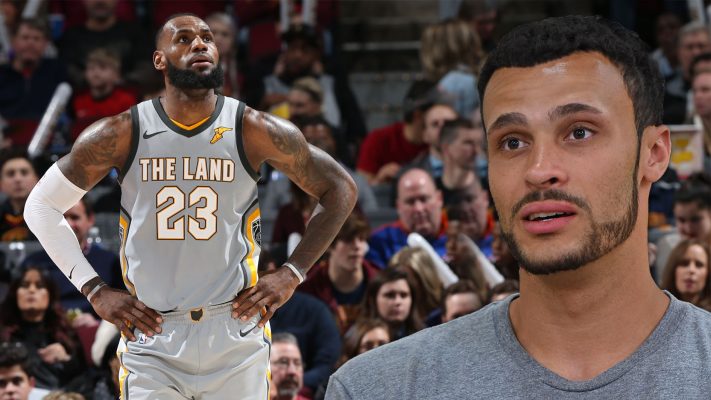 Larry Nance Jr. is hoping to continue his NBA career with the Cleveland Cavaliers for the foreseeable future. Before he was with the Cavs, however, he was a member of the Los Angeles Lakers.

That fact has allowed him to give some of his former Lakers teammates the inside scoop on what to expect from playing alongside the Lakers’ new star player, LeBron James.

According to a recent article by ESPN’s Dave McMenamin and Ohm Youngmisuk, Nance has told them what to prepare for on and off the court.

“Yeah, I talked to J-Hart (Josh Hart) about it, Kuz (Kyle Kuzma) a little bit,” Nance told ESPN about playing with James. “He is demanding. He just demands the same level of professionalism and effort that he gives to his teammates, which [is] respect. But the biggest thing I told them is that, on the court, be ready at all times. Like, if you have your hands down and you are open, you will get hit in the face with the basketball. Seriously.”

Nance added that he did warn of the added attention and scrutiny one receives when playing alongside the three-time NBA champ.

“Yeah, you got to have thick skin,” he said.

Nance didn’t just speak with ESPN about what it will be like for his Laker pals to play alongside James. He also covered the opportunity that comes with the four-time NBA MVP no longer being in Cleveland.

“Got the Woj alert,” Nance said. “We knew it was either one or two places [he would go to]. So I wasn’t, like, shocked. I didn’t break down crying. I kind of just got excited to prove myself, get a chance to step up a little bit and prove that this team is capable more than people think it is.”

Considering his desire to prove how good he and his Cavs teammates can be, there’s no surprise that the Cleveland front office is reportedly interested in signing Nance to a contract extension.

Nance dealt quite well with the added scrutiny last season, averaging 8.9 points and 7.0 rebounds in 24 regular season games. It will be interesting to see if his friends on the Lakers can play up to the challenge as well.