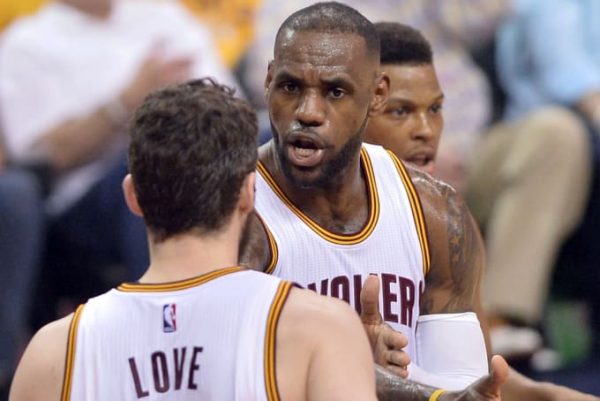 Cleveland Cavaliers power forward Kevin Love and the subject of mental health have been intertwined over the past week, with Love offering some insight into his struggles with anxiety and depression. One particular anecdote dealt with an in-game panic attack by Love, which apparently resulted in an emotional reaction from his former teammate, LeBron James.

ESPN’s Jackie MacMullan wrote an extended article on different mental health issues connected to the NBA. The piece was a follow-up to her article earlier in the week on Love, who had originally confided to her in February about the mental health concerns he had been facing. Just weeks later, Love explained his issues in an article in the Players’ Tribune.

The game in which the panic attack occurred took place last season against the Atlanta Hawks, when Love abruptly left the court because of the onset of the attack. His teammates were reportedly both confused and angry about his actions, not knowing the depth of his problems. That led to the response by James, an action that nearly led Love to explain his issues.

“Immediately following Love’s panic attack in November, before he had discussed anything with his teammates, James approached Love, visibly upset, and told him he needed to know that Love would commit to the team completely,” wrote MacMullan. “In that moment, Love thought about sharing the details with James, but decided against it.

“Months later, on the day the piece appeared, James hung back on the team bus as the rest of the Cavaliers filed off. He shook Love’s hand and told him, ‘You helped a lot of people today.'”

James would be the first of many NBA players to praise Love for his courage in creating greater awareness of a problem that’s still stigmatized by a good portion of society. It also led a Cleveland-based mental health organization to announce that they would be presenting an award to Love in November for his actions.

While James left last month in free agency to sign with the Los Angeles Lakers, he and Love remain close friends. That was evident before the interaction at the time of the panic attack and on the team bus, and was undoubtedly cemented by James’ unwavering support after Love’s emotional revelation.