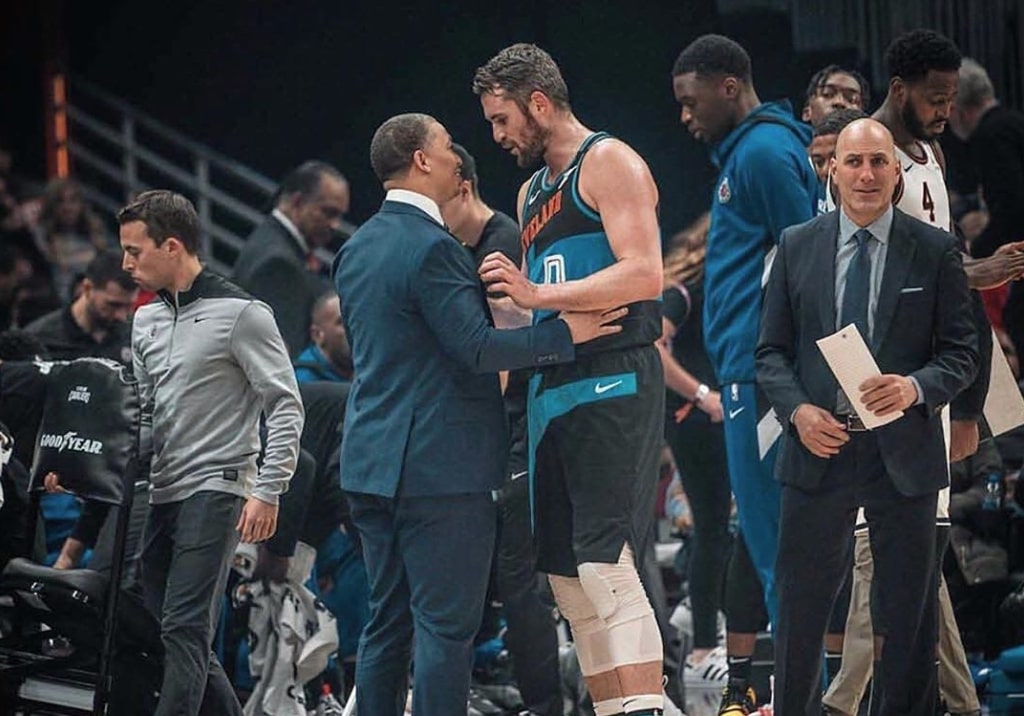 Despite being on the wrong end of a 133-92 loss to the Los Angeles Clippers on Sunday night, Cleveland Cavaliers forward Kevin Love expressed happiness about seeing his former head coach with the Cavaliers, Tyronn Lue.

Lue was an assistant coach with the Cavaliers when Love arrived in 2014, with Lue then being elevated to head coach of the team in January 2016.

Following a slow start to last season, Lue was fired and prior to this season, was hired as an assistant with the Clippers.

After Lue took over the Cavs in 2016, the team went on to win their first-ever NBA five months later. Love’s defensive effort against Golden State Warriors guard Stephen Curry in the final minute of Game 7 of that year’s NBA Finals was one of a number of clutch performances in the Cavs’ victory.

Prior to accepting his position with the Clippers, Lue came close to being named head coach of the Los Angeles Lakers. The move would have reunited Lue with former Cavaliers superstar LeBron James but a variety of conflicts put an end to that possibility.

Love’s future status with the Cavs has been in question all season, with the 31-year-old in the first year of a four-year contract that will end up paying him a total of $120 million.

That hefty amount, coupled with Love’s extensive injury history, helped reduce the trade possibilities for the 12-year veteran. It’s possible that Love could be traded after this season, though the trade package offered to the Cavaliers will likely determine their willingness to make a deal.

Sunday night’s game marked the final time this season that the Cavaliers and Clippers will meet. That means that the next time that Love and Lue come together on the court, one or both of them could be with different teams.