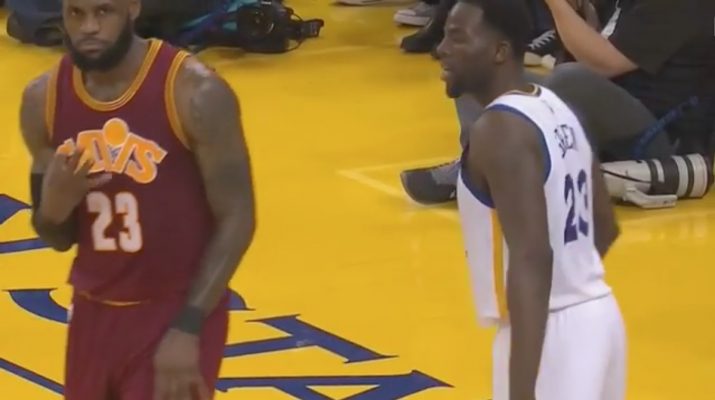 It’s safe to say that Cleveland Cavaliers superstar LeBron James is not very popular in Oakland, California. That sentiment was made crystal clear on Monday night, after Golden State Warriors forward Draymond Green had picked up a flagrant foul on James.

Throughout the evening the four-time MVP was booed by a majority of those at Oracle Arena for the rest of the game. Some fans even went as far as to heckle James from the sidelines, and one in particular, seemed to get a direct response from The King.

@kingjames reminds a Warriors fan of his three championship rings ??