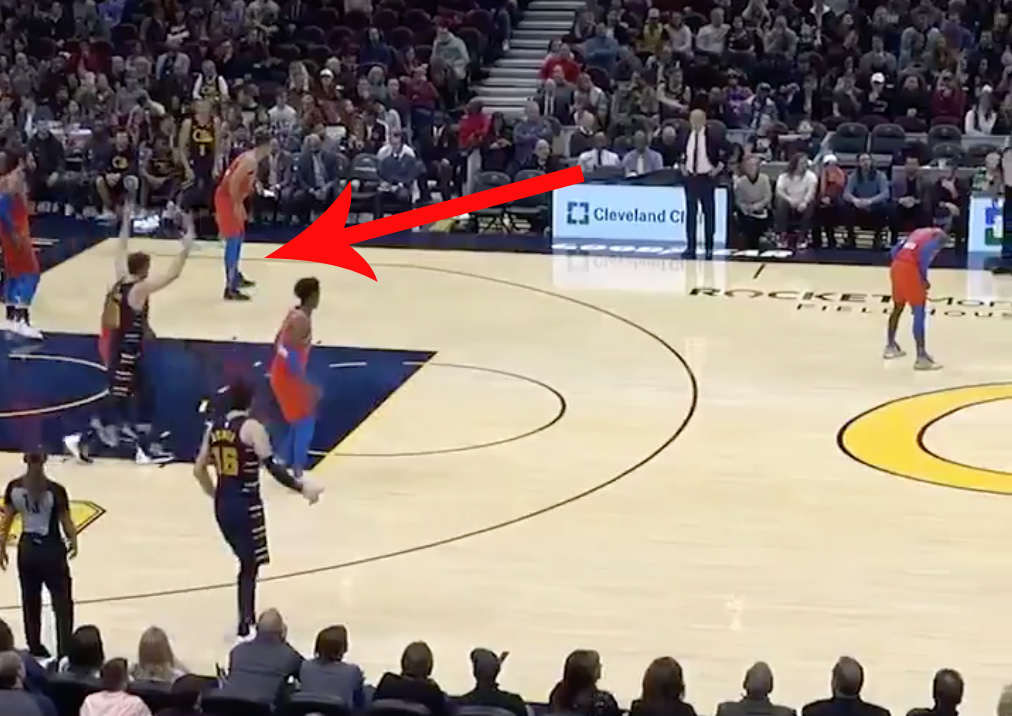 The growing frustration of Cleveland Cavaliers forward Kevin Love was in full evidence during the Cavaliers’ game on Saturday night against the Oklahoma City Thunder, with no attempt made to hide his anger.

Love can clearly be seen calling for the ball before then angrily throwing it to teammate Cedi Osman. The actions come the same day that Love expressed his frustration with Cavaliers general manager Koby Altman about the pace of the team’s rebuilding.

Whether or not Love’s actions are representative of a strong push to be traded can’t truly be determined, but it’s clear that the 12-year veteran remains a strong candidate to be dealt.

The problem for the Cavaliers is that there doesn’t appear to be much interest in trading for Love. While he’s capable of delivering a double-double in every game, he’s 31 years old, has an extensive injury history and is in the first year of a four-year contract that will pay him $120 million.

This latest incident likely isn’t helping Love’s trade value, but the Cavaliers could reach a point soon where simply removing the veteran from the team is the final decision.

That won’t likely bring back much in return for the Cavs, but keeping him on the team runs the risk of poisoning the players who are still in the early stages of their NBA careers.