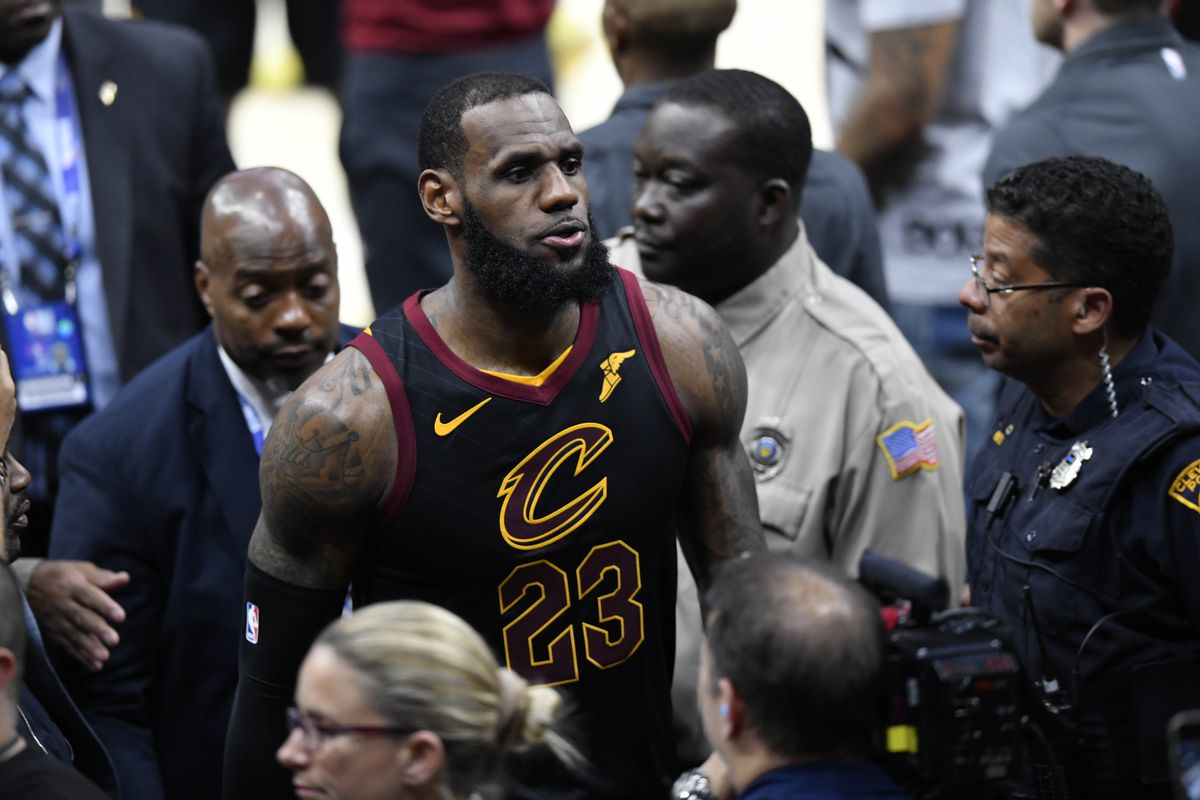 Former Cleveland Cavaliers forward LeBron James’ frustration about losing Game 1 of of the 2018 NBA Finals was enough for him to break his hand after the contest, with former teammate Jose Calderon filling in some details on a recent podcast.

Calderon, recalling LeBron's frustration-punch in wake of 2018 Finals Game 1: "He just hit the board like he thought it was gonna be a little bit lighter than it was. The board didn’t bend." After that, "You could see (his hand) wasn’t right. … You could see in his game, too." https://t.co/26XcRnphwR

James broke his hand in anger after watching the Cavaliers’ golden opportunity to knock off the heavily favored Golden State Warriors in the opening game of the series.

The crushing overtime defeat was due in large part to former Cavs guard J.R. Smith’s inexplicable mistake in not realizing the game was tied in the closing seconds of regulation. The Warriors were then able to sweep the Cavaliers in four games.

James scored 51 points, grabbed eight rebounds and dished out eight assists in that contest, only to watch his tremendous effort go for naught. Despite dealing with his broken hand, James still averaged 28.3 points, 10.7 assists and 8.7 rebounds over the final three contests.

After the Cavaliers were swept, James left in free agency the following month and is now in his second season of leading the Los Angeles Lakers. James’ first campaign with the Lakers was marred by injury, but the team currently has the best record in the Western Conference with a 33-8 record.

The Cavaliers were the eighth different team that Calderon had played for, with the veteran moving on after that one season in Cleveland to finish his career last year with the Detroit Pistons. He announced his retirement in November and now serves as a special assistant to NBPA executive director Michele Roberts.