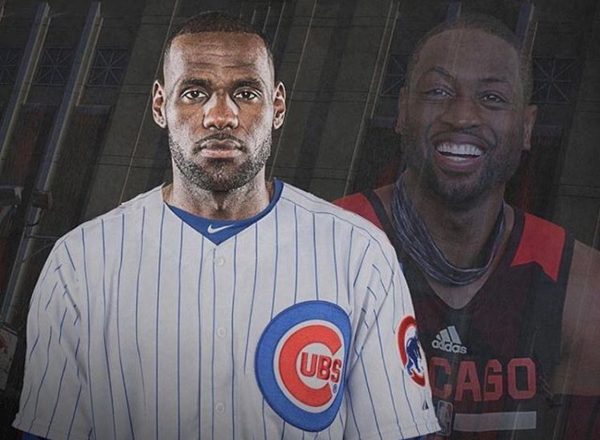 A friendly bet between two close friends over the recent World Series will be paid off tonight as LeBron James and the Cleveland Cavaliers travel to face Dwyane Wade and the Chicago Bulls. Prior to the payoff, Wade decided to take a playful jab at James by way of a claymation video on Instagram.

In that World Series, Wade’s hometown Chicago Cubs defeated James’ hometown Cleveland Indians, which means that James has to wear a Cubs uniform to Friday night’s game. Wade decided to offer an amusing sneak peak of what to expect, using Claymation to make his point.

The game between the Cavaliers and Bulls will be the first time that James has faced Wade since the latter signed a free agent deal with Chicago. The two were together for four years between 2010 and 2014, helping lead the Miami Heat to two NBA titles and four consecutive appearances in the finals.