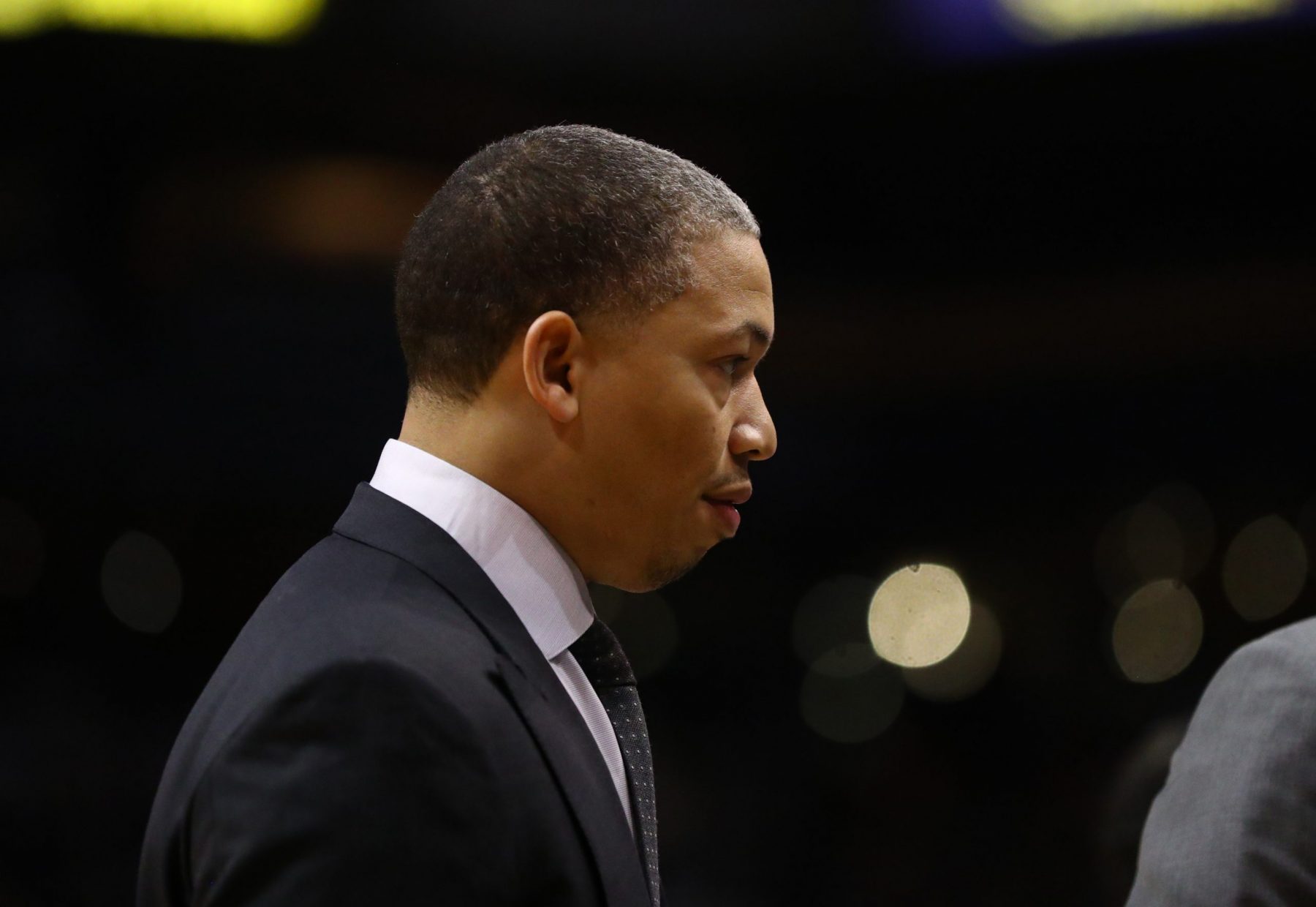 Former Cleveland Cavaliers head coach Tyrone Lue wishes he was still in Ohio, guiding a young Wine and Gold squad through the rigors of an NBA season.

Lue was fired after going 0-6 to start the 2018-19 campaign and was replaced by his assistant, Larry Drew. After a 19-57 record with Drew, the Cavs hired a successful college coach in John Beilein to guide the young squad this season.

“They’ve been struggling through the rebuild since his dismissal, incurring 85 losses and experiencing messy moments,” wrote Joe Vardon of The Athletic about Lue’s departure from the Cavs. “And yet, Lue, in his first interview since his dismissal, told The Athletic he still wishes he were in Cleveland, still coaching a franchise that he helped win its first and only NBA title, in 2016.”

This is a Cavs team that no longer resembles the championship team that he guided in 2016. It’s hard to guess how this team would be this season with Lue coaching a squad that features a ton of young players and fresh faces.

Now an assistant coach to Doc Rivers with the Los Angeles Clippers, Lue recently revealed his thoughts about the Cavaliers franchise and how things went down during his final year in Cleveland.

“What I tried to build there, I think the culture I tried to set … I thought we could do it together,” Lue said. “Koby (Altman) being a young GM, me being a young coach, having young players. I won a championship there, so you have a chance and an opportunity to do something different, and you should have that leeway to be able to go through a couple challenging years. To win a championship and go to the (NBA) Finals should buy you a little time, you would think.”

Despite guiding the Cavs to its first and only title, Lue couldn’t escape the ignominy of being fired from the job.

“I don’t think it should’ve happened,” Lue said. “When it happened, I just kind of … It puts everything in perspective. You’ve got to continue to keep working, it’s a business — you’ve got to understand that. It was tough. To win the first championship ever in Cleveland history, and then make the finals (the next two years) and then get fired six games in, it’s hard to swallow and it’s tough to deal with. You start thinking about things like what you could have done different or if it was going to happen if you did anything different anyway.

“You don’t see that very often where a coach goes to three straight finals and wins a championship, and gets fired (the season immediately after the third finals), six games into (the season). You probably have never seen it.”

Lue still sounds bitter from the firing and he doesn’t appear to have moved on from the experience. No one will know just how good he is as a coach until he finally takes the reins of a team for a full season without the all-world talent of LeBron James on his roster.

His redemption, for now, may only come by beating James’ Los Angeles Lakers in the postseason. He might get that opportunity if the Clippers and Lakers go head-to-head in the 2020 playoffs which begin in a few months.