Don't Miss
Home / Videos / Report: LeBron Once Snatched Clipboard From Coach to Draw Up Own Play, Then Hit Game-Winner

Report: LeBron Once Snatched Clipboard From Coach to Draw Up Own Play, Then Hit Game-Winner 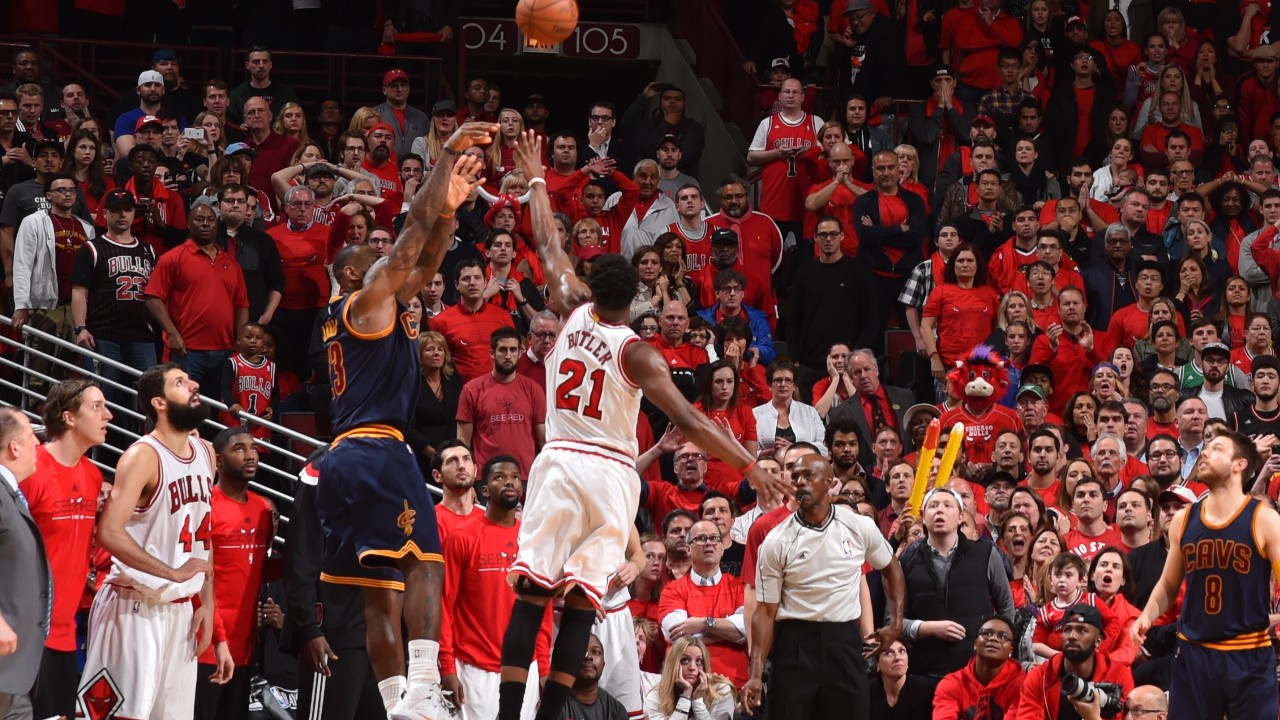 Former Cleveland Cavaliers big men Brendan Haywood and Kendrick Perkins told the story of how LeBron James drew up his own play to win a playoff game against the Chicago Bulls.

Haywood and Perkins explained that then-Cavaliers head coach David Blatt drew up a play for guard J.R. Smith, but James decided to take the clipboard and design his own play.

“Hey Ryan [Hollins], he drew up his own game-winner,” Haywood said on the Opinionated 7-Footers podcast. “Like, ‘Nah, we gonna do this.’ That’s how he got the shot in the corner. He drew up his own play.”

Perkins then chimed in with his version of the story.

“I’m glad you brought that up,” Perkins said. “You remember David Blatt? He had Bron taking the ball out.”

Perkins revealed that in crucial moments when Blatt got nervous, his nose would begin to bleed.

“I’m getting the paper towels because his hands shaking, nose bleeding and he draws up this play for J.R.,” Perkins said. “I’m like, ‘Hold on.’”

Not only was Perkins confused, but Haywood said that the whole team didn’t really understand the coach’s decision.

“The whole team was looking at each other crazy like, ‘You do know we got this guy LeBron over here right?’” Haywood said. “But the play was supposed to be for J.R. Bron drew up a play where basically it looked like he was going to set a screen and he pops out to the corner real quick. And he drew it up and it worked.”

Not only is it impressive that James drew up his own play, but the shot was a monumental one for the Cavs.

Cleveland was trailing the Bulls 2-1 in the series at the time, so James’ shot evened the series and potentially saved the Cavs from elimination.

The Cavs would go on to make the NBA Finals, but lost to the Golden State Warriors in six games.