J.R. Smith’s Wife’s Hilarious Reaction to Him Getting Suspended for Throwing Soup at Coach 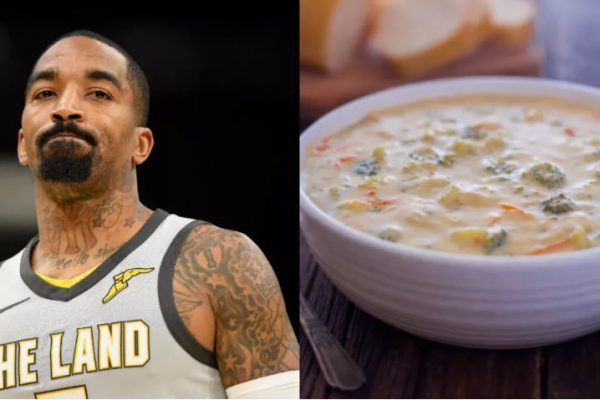 Cleveland Cavaliers shooting guard J.R. Smith was at the center of NBA news this Friday after it was revealed why he had been suspended for Thursday’s game. According to ESPN’s Brian Windhorst and Dave McMenamin, Smith was suspended for throwing soup at Cavs assistant coach Damon Jones.

Hours after the cause of his suspension was revealed, Smith’s wife, Jewel Harris, expressed her opinion on incident.

Luckily for both her and her husband, the veteran shooting guard will be back in the lineup for the Cavs’ next game on Saturday night.

In terms of behind-the-scenes drama in the NBA, this incident may top the list when it comes to most hilarious in recent memory. It only seems fitting that his wife’s response would be equally as hysterical.