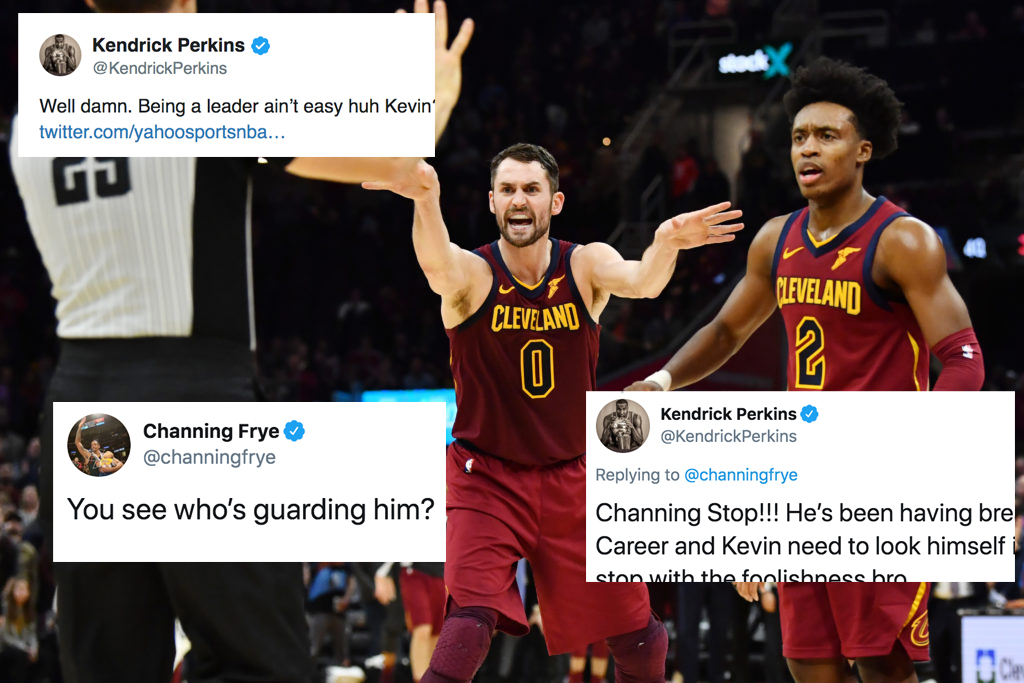 The locker room of the Cleveland Cavaliers is reportedly full of bad vibes, and plenty of them seem to be emanating from Kevin Love.

Former Cavs players Kendrick Perkins and Channing Frye, both of whom once played with Love, are divided on whether the five-time All-Star is a toxic presence.

Ok. Let’s just talk about his basketball situation. What do you think? https://t.co/SkN2fwymR4

To be fair, there were no real reports of Love causing problems in the past, especially when the Cavs appeared in the NBA Finals four straight years. This is despite the fact that, by his own admission, he was dealing with serious anxiety issues.

On a team comprised mostly of very young players who are yet to fully develop, Love has been apparently depended on by the Cavs to provide some veteran leadership.

But the adjustment from winning an NBA championship to playing on one of the league’s worst teams can take its toll on even the most positive souls.

Love is still being productive on the court, averaging 16.4 points and 10.3 rebounds a game while hitting 37.6 percent of his 3-pointers.

The Cavs have been actively trying to trade him, but teams seem reluctant to pull the trigger, partly because of Love’s huge contract and his injury history.

Perhaps he will revert back to his good side if and when he is dealt to a contender.