Don't Miss
Home / Media / Report: Cedi Osman Does Not Plan to Play in NBA Until 2017

Report: Cedi Osman Does Not Plan to Play in NBA Until 2017 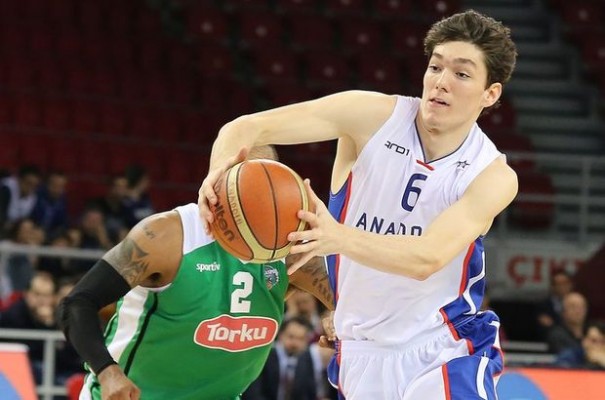 It looks like we won’t be seeing Cedi Osman in a Cleveland Cavaliers jersey for a while.

According to his blog on EuroHoops, Osman states that he won’t be jumping to the NBA until 2017. The 2015 31st overall pick expresses why he won’t make the trip overseas for another couple of years:

“In my mind, in the summer of 2017, I’m going to make the big step and go to the United States to play in the NBA. At 22 and after some full seasons in the Euroleague and TBL, I’d like to go to the NBA and begin my effort there. I’m happy that my rights are owned by the Cleveland Cavaliers and I hope that when I go there I’ll meet LeBron James! I have a lot to learn from him!”

It’s probably a good idea the 6’8″ forward stays in Europe for a little more experience. Entering the upcoming season, the Cavaliers are pretty loaded on depth. With LeBron James entrenched as the starter at small forward, veterans Richard Jefferson and James Jones will be his primary backups.

If the 20-year-old Osman had decided to make the overseas leap for the 2015-16 campaign, he would have been fighting for a roster spot.

With Cleveland looking to win a championship this season, the Turkish swingman just does not fit into the organization’s plans at the current moment.

However, when the 2017-18 season arrives, it wouldn’t come as any sort of shock if Osman becomes James’ primary backup, or even a starter for the Cavaliers.

Cedi Osmancleveland cavaliersfeaturedJames Joneslebron jamesnews tickerrichard jefferson
← Previous Story LeBron James on Tristan Thompson Situation: ‘We Have a Distraction Right Now’
Next Story → Iman Shumpert on Recovery From Injury: ‘You Have to Start From Damn Near Square One’