Don't Miss
Home / Rumors / Report: John Beilein Reached Out to 76ers Coach on How to Deal With Struggling Cavs

Report: John Beilein Reached Out to 76ers Coach on How to Deal With Struggling Cavs 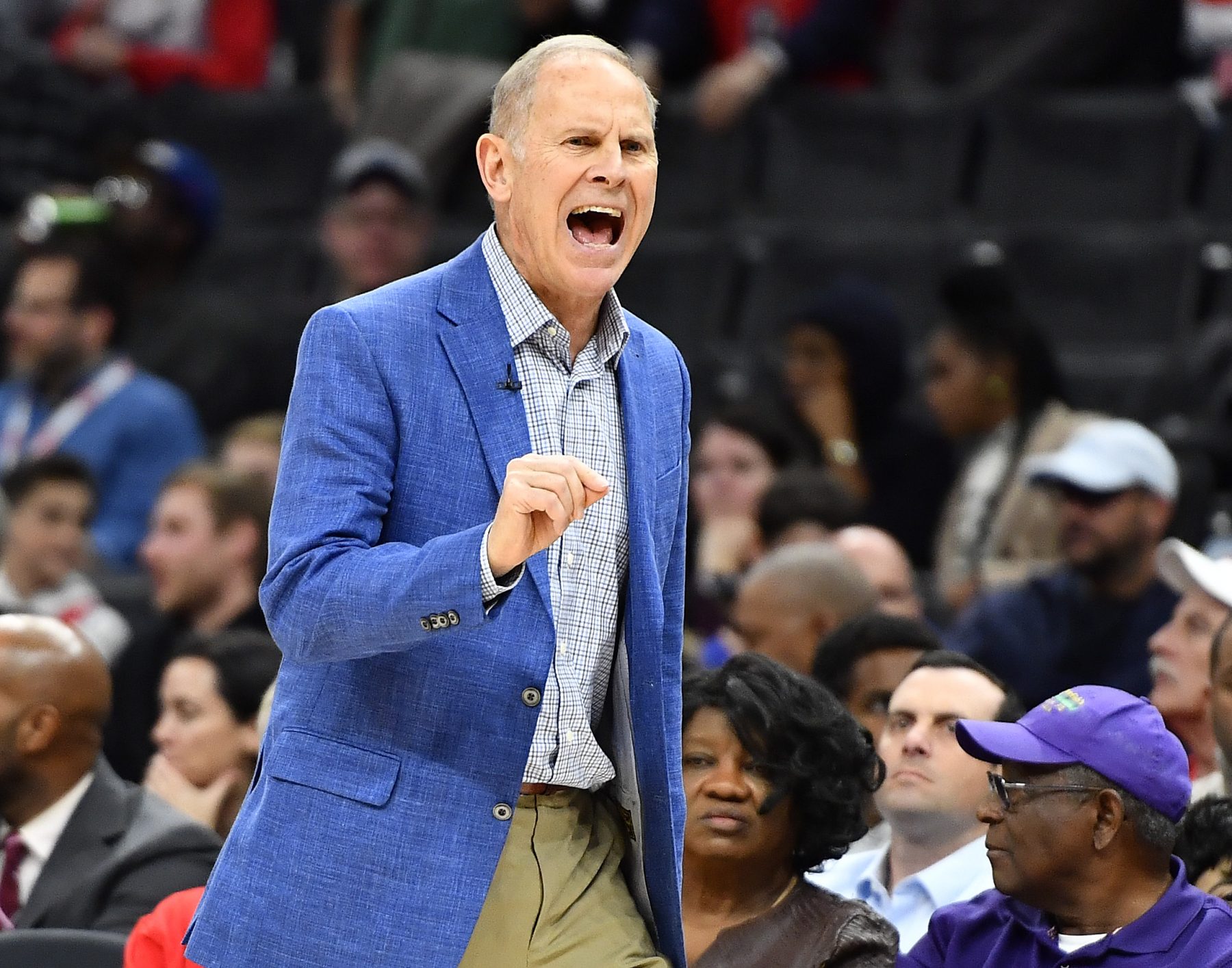 The growing pains of the Cleveland Cavaliers are being felt by first-year head coach John Beilein, who’s taken it upon himself to ask at least one other NBA head coach about how to deal with the constant struggles.

Beilein took time after the Cavaliers’ embarrassing 141-94 loss to the Philadelphia 76ers on Saturday night to speak briefly with their head coach, Brett Brown. That’s because Brown was forced to deal with a similar situation with bad Sixers teams that have since evolved into an NBA title contender.

The defeat to the 76ers marked the Cavaliers’ 12th loss in their last 13 games and gave them a record of 5-17 on the year. The Cavs’ efforts have been especially futile against teams with a record at or above .500, where they have a 1-15 record this season.

Brown no doubt has empathy for Beilein’s plight, considering the fact that his first three years as head coach of the Sixers resulted in a horrendous record of 47-199. The 76ers hit rock bottom in that third year, when they won just 10 games during the 2015-16 campaign.

The Sixers finally began to show improvement the following year with 28 wins and have since followed that with consecutive 50-win seasons. Right now, Philadelphia has a 17-7 mark and is expected to challenge for a spot in the NBA Finals.

“I watched it from afar, so it’s part of the thing that we all signed up for when we go into it with a young team while playing in a league with so many tremendous players,” Beilein said.

Right now, the Cavaliers are simply looking for a single win, but that doesn’t figure to come in their next outing. That’s because they play a road game against the Bostons Celtics, who are entering that contest with a 16-5 record.

“What you keep emphasizing is to play the right way,” Beilein said. “For the most part, our guys understand that. Our young guys are still learning what the right way is. It’s a process.

“That’s why we have to embrace individual film sessions with them because we can’t take too much of the time as a team. And there are still team things (we have to do) as well, but it’s difficult. The relationship, the understanding of our players about what’s the most important thing right now for us to get better — it’s really small things. When they see those things happening over and over again, the ‘A-HA moment’ comes.”

Those efforts by the 66-year-old Beilein are reported to have caused some reluctance by Cavs players to follow his approach. Yet, Beilein is hoping that the rough year he and the team are going through will eventually pay dividends down the road.

It’s possible that by the time the Cavaliers do get back to being an elite team, Beilein may not be their coach anymore. That’s not something that he has the luxury to ponder right now, since he’s already got his hands full with the present.