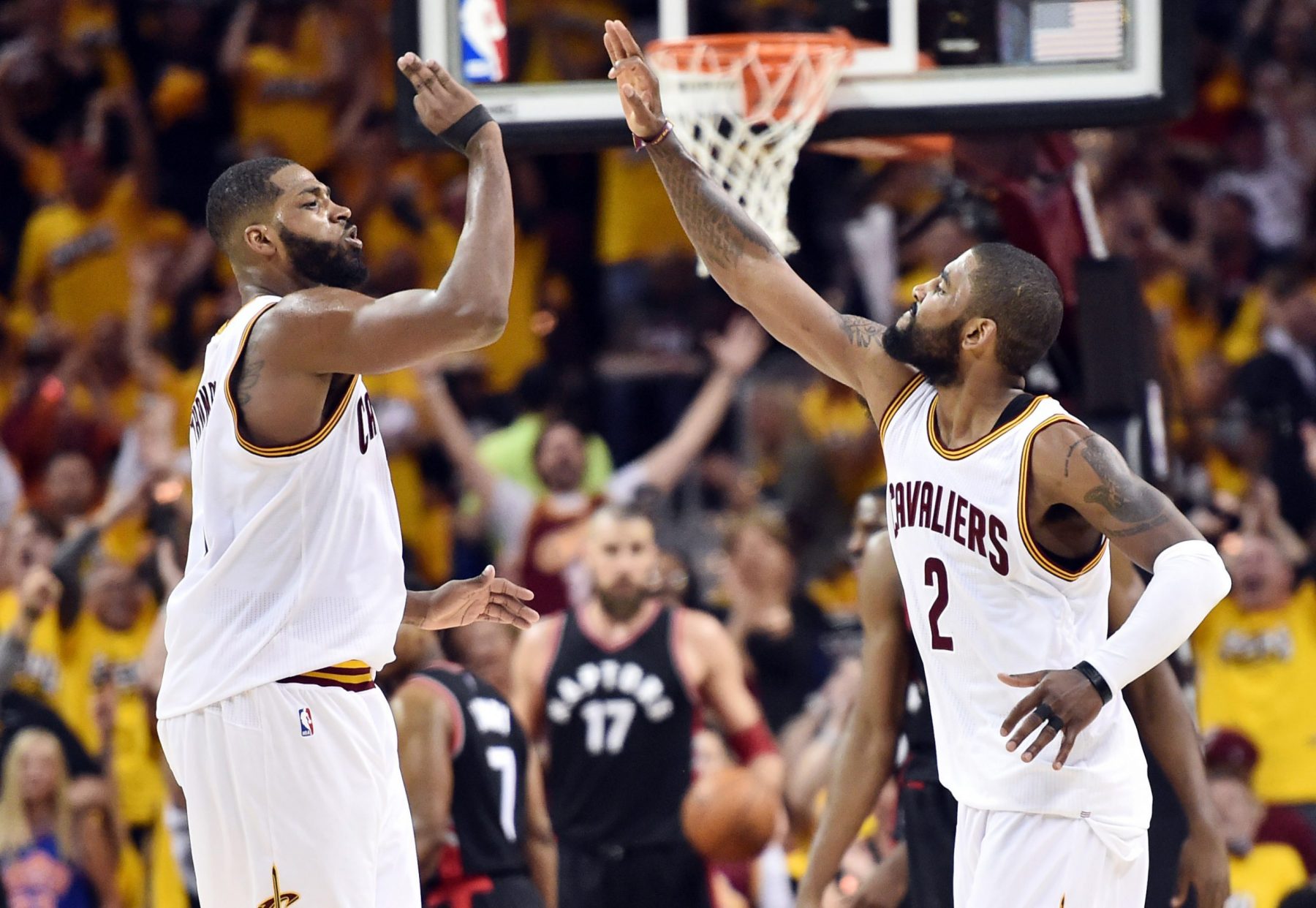 After his time in Cleveland, Irving played through two drama-filled seasons on the Boston Celtics until ultimately joining the Brooklyn Nets as a free agent last summer.

Despite the fact that distraction seems to follow the Duke University product wherever he goes, former teammate and Cavs big man Tristan Thompson had nothing but words of praise for him.

“See that banner right there? That’s what he means to the franchise,” Thompson said of Irving’s time with the Cavs. “Being No. 1 pick, came in with a lot of expectations and he surpassed them all. Being an All-Star, All-Star Game MVP, World Championship gold medalist, Olympic gold medalist, made a crucial step-back from the right wing in Game 7, Rookie of the Year, it’s a lot.”

Thompson went on to call Irving a great teammate. If the past couple of seasons are any indication, it seems many of Irving’s former teammates would argue that title. However, Thompson would still be happy to suit up next to the six-time All-Star.

“My brother. Great teammate,” Thompson said. “At the end of the day, if I’m going to go to war, need a dog, an MF that can go and hoop I’m definitely going to put him on my team. I mean, the chatter is for you guys to talk about. Teams lose a couple of games and they say the same things about us — what’s going on and blah blah blah. It’s just chatter. At the end of the day, when that untucked Kyrie jersey is out everyone is scared.”

Finally, Thompson made a rather bold statement, saying that Irving’s No. 2 jersey will one day be retired by the Cavs organization.

“His jersey will be retired here,” Thompson said. “Part of history. He will always have a place in this Cavaliers franchise.”

Right now, it may be hard to imagine Irving’s jersey retired in Cleveland, but there is no doubt that he was highly responsible for the Cavs winning the 2016 NBA Finals. He played brilliantly throughout the series and hit some of the most iconic playoff shots in recent memory.

In time, it is possible that his jersey will find its place in the rafters amongst the other Cavs greats.