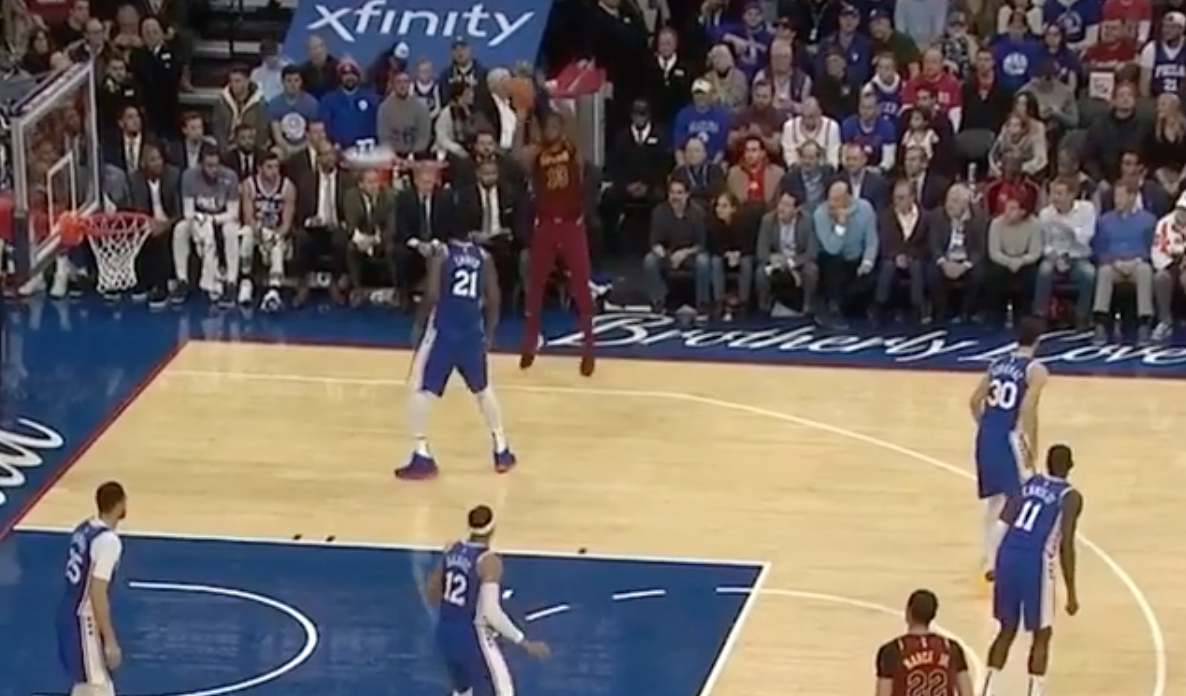 Now in his ninth year in the NBA, Cleveland Cavaliers center Tristan Thompson had never connected for a 3-pointer in his previous seasons.

On Tuesday night, Thompson’s second and third career 3-pointers were reason enough for him to do some trash-talking to the Cavaliers’ opponents, the Philadelphia 76ers.

Tristan Thompson let the Sixers bench hear it after hitting the 2nd & 3rd three’s of his career. 🗣🗣🗣

Thompson’s career has mostly been defined by his strong ability to rebound, averaging 8.6 boards per game entering Tuesday’s game. One category where the veteran has been quiet during his time in the NBA has been in the scoring department, where he has sported a 9.3 average in points per game before facing the Sixers.

However, in the first nine games of the 2019-20 season, Thompson has been a force both with rebounding, scoring and handling the ball. He’s averaging 16.4 points 11.3 rebounds and 2.6 assists per game.

Thompson was once one of the more durable players in the NBA, but his previous two seasons had seen him deal with injuries. Given his newfound touch from beyond the arc, it appears he’s back in good health.