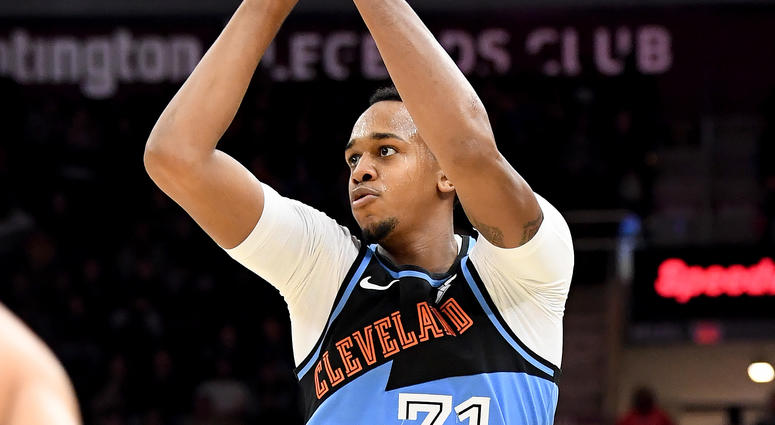 The Cleveland Cavaliers have split their first two games of the 2019-20 season, but have little margin for error.

That margin got even tighter when it was announced that veteran forward John Henson could miss close to a month because of a strained hamstring.

The Cavaliers released a statement on Henson’s status on Sunday that indicates the injury took place in Saturday night’s home win over the Indiana Pacers. No time frame was offered as to Henson’s expected return.

“Cleveland Cavaliers center John Henson will be sidelined for approximately 2 to 4 weeks after suffering a strained right hamstring during the Cavaliers home game versus the Indiana Pacers last night,” the release stated. “Imaging at Cleveland Clinic Sports Health and evaluation by the Cavaliers medical staff confirmed the injury today. As a result of the injury, Henson will not travel with the team to Milwaukee and will now undergo a period of treatment and rehabilitation. His return to play will be updated as appropriate.”

Henson missing games due to injury is something that the team has dealt with since acquiring him last December from the Milwaukee Bucks. At the time of that acquisition, he was recovering from surgery to repair a torn ligament in his left wrist and didn’t end up playing for the Cavs last season.

After being active for the Cavaliers’ opening game in Orlando on Wednesday, Henson played eight minutes against Indiana. During that brief stint, he was productive by scoring three points, grabbing three rebounds, collecting two steals and blocking a pair of shots.

The Cavaliers reportedly don’t see the 28-year-old Henson as a building block for the future. Given the fact that he’ll be an unrestricted free agent at the end of this season, the Cavs are expected to make efforts to trade him before the February deadline. This injury makes that effort more of a challenge.