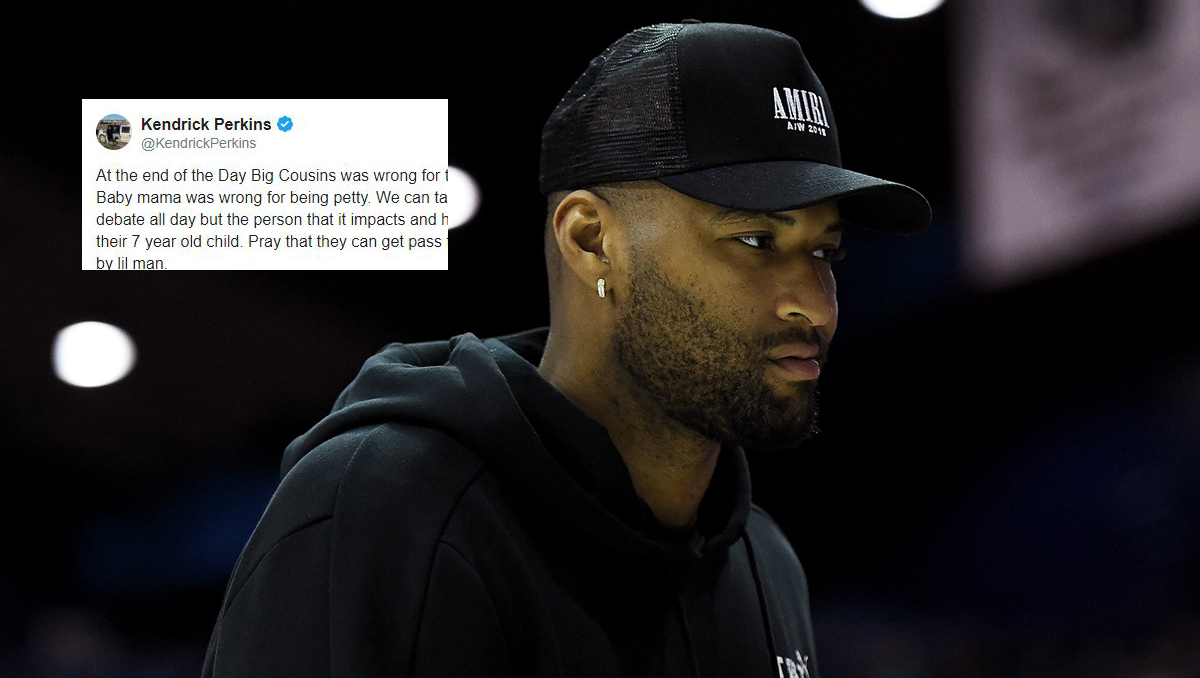 Former Cleveland Cavaliers big man Kendrick Perkins used social media to offer some needed perspective about the anger between Cousins and his ex-girlfriend by pointing out that their son should remain their central focus.

At the end of the Day Big Cousins was wrong for the threat and his Baby mama was wrong for being petty. We can talk about this and debate all day but the person that it impacts and hurts the most is their 7 year old child. Pray that they can get pass this and do right by lil man.

Perkins and Cousins competed against each other on the court for a good portion of the past decade. Both players have been known for their volatility, with Perkins coming to the Cavaliers as an enforcer and Cousins often a leader in the area of technical fouls.

One reason why Perkins’ perspective may be more valuable in this particular incident is because he’s twice been involved in controversies involving women.

The first of these situations came in 2013, when Perkins was charged with assault after being accused of punching a woman and her brother. That came in the aftermath of a car accident and during his time as a member of the Oklahoma City Thunder. The charge was later dropped.

In May 2015, Perkins was a member of the Cavaliers when he was involved in an argument with his wife on the side of a road. The incident was investigated but no apparent charges were filed.

The arrest warrant for Cousins was the latest bad news this month for Cousins. Two weeks ago, the new Lakers center tore his ACL and could miss the entire upcoming season, an injury that came after a season in which he was returning from a torn Achilles