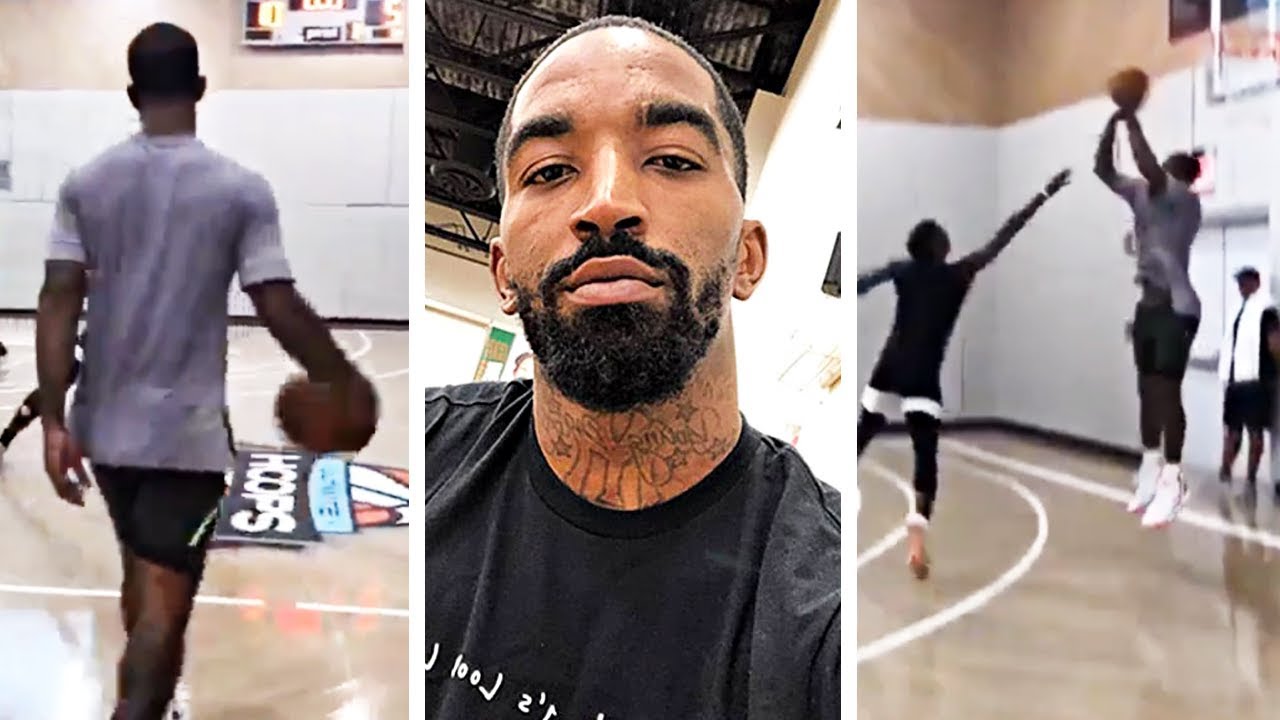 Former Cleveland Cavaliers guard J.R. Smith currently remains an unsigned free agent after having been released by the team.

Despite that status, it’s clear that he can still knock down shots from beyond the arc, something he demonstrated in a recent pickup game that ended up winning the contest.

The trio of long-range shots was reminiscent of the 33-year-old Smith at his best. In his 15 NBA seasons, he drilled 1,929 3-pointers during the regular season, including 585 during his time with the Cavaliers. In the last two games of the 2016 NBA Finals, Smith connected for six shots from beyond the arc, including a pair in the historic Game 7 that completed the Cavs’ record-setting comeback.

However, Smith has been a streaky shooter throughout his career, which has led to frustrating moments for each of the four NBA teams that he’s played for during his time in the league. That inability to stick with one team has also been caused by off-the-court troubles and his often volatile personality.

That last trait is primarily why Smith no longer plays for the Cavaliers. He signed a four-year contract extension in 2016, but his performance declined during the first two seasons of the pact. With the Cavaliers stumbling out of the gate last November, Smith attacked the team’s front office by accusing them of tanking the season in order to obtain a top draft pick.

The outburst led Smith to be put in limbo by the Cavaliers, who said he would no longer play for the team. Efforts to trade him ultimately failed, largely due to his remaining contract, which ran through the 2019-20 season.

The Cavaliers finally released Smith last month, but no other team has yet signed the veteran. Whether or not the video above grabs the attention of any franchise’s front office is unknown.

However, it’s almost a certainty that to continue playing in the NBA, Smith would have to accept a veteran’s minimum contract. That would represent a steep pay cut, something that Smith will have to consider as training camps get set to open in approximately a month.