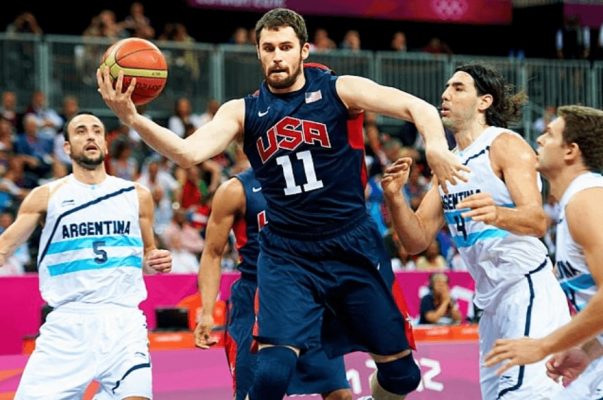 Earlier this week it was reported that Kevin Love was still mulling his options in terms of whether or not he would participate in the FIBA Basketball World Cup next month.

On Wednesday, Team USA got its answer when it was reported that Love is going to withdraw from training camp activities, paving the way for the next generation of big men to pick up the mantle.

It makes perfect sense that Love is opting to withdraw from the tournament. The 30-year-old big man just came off an NBA season where he played just 22 games due to injury.

Still, in those games, he averaged 17.0 points, 10.9 rebounds, and 2.2 assists per game, proving that he is still a potent threat when healthy.

Now that he has made it clear that he does not plan to suit up for Team USA this summer, it stands to reason that he will spend the rest of the offseason getting his body right for what is sure to be another grueling NBA campaign.

As it stands, Love is the lone former All-Star on the Cavs roster. If the team enjoys any more success than it did last season, it will surely be Love is who helping to lead the charge.