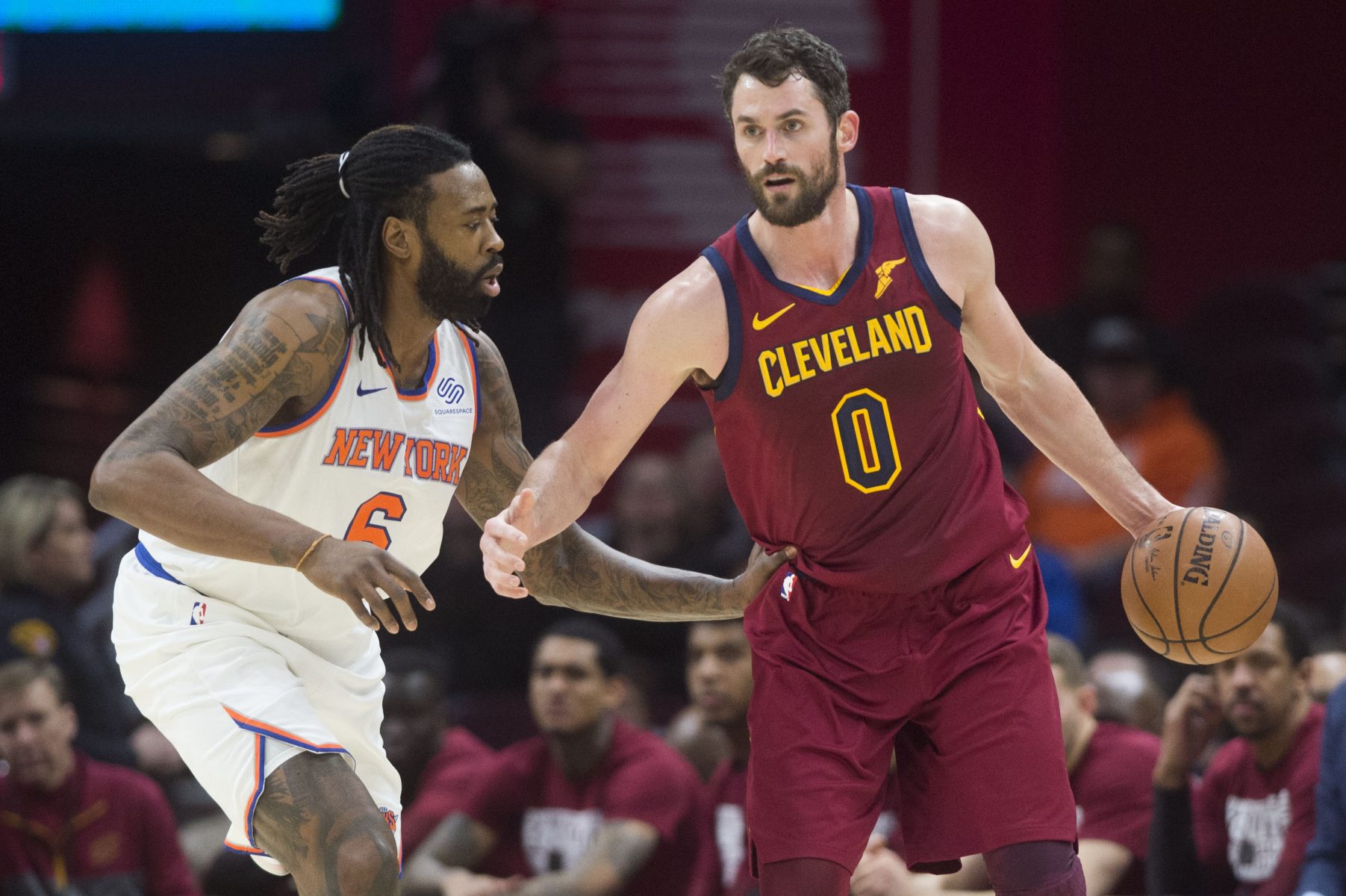 The free-agency period is almost upon us and though Kevin Love isn’t a free agent, he could be playing for another team when the 2019-20 season begins.

According to a report from Joe Vardon of The Athletic, certain teams could be looking to add the Cleveland Cavaliers big man to their roster this summer:

“’Yes, one of the big-market teams that fail to land a big fish are going to make an offer for Kevin,’ said one of three league executives, none of them from the Cavs, who spoke to The Athletic for this story.”

Love could be on the move mostly because not all the teams that have cap space are going to be able to sign a star free agent.

When the dust settles and a team has nothing to show for all the wheeling and dealing it did prior to this summer, it may press the panic button and start to look for another available star.

With the Cavs in rebuilding mode, Love could likely be had for the right price.

Despite suffering through an injury-plagued 2018-19 season, the five-time All-Star still put up decent numbers, averaging 17.0 points and 10.9 rebounds in only 22 games.

At only 30 years of age, Love can still outperform most players at his position. A team that has enough cap space to take on Love’s $28.9 million salary for next season may take a chance on him.