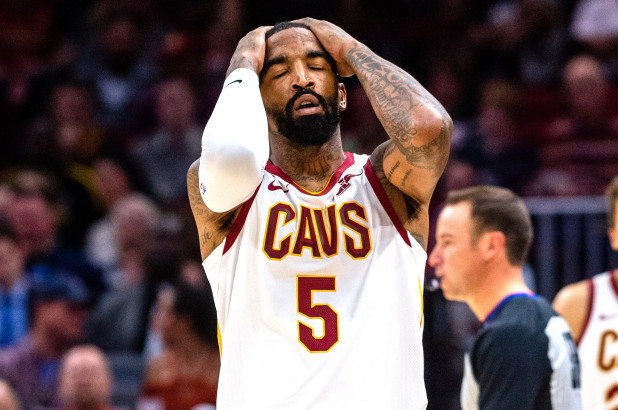 The Cleveland Cavaliers have just a few days left to use veteran guard J.R. Smith’s contract as a tradable asset.

After Sunday, the $15.6 million Smith is set to earn will become fully guaranteed, which will bring its trade value down to practically zero.

Despite that ticking clock, a report from Chris Fedor of Cleveland.com indicates that the Cavs turned down multiple offers on draft night that would have netted them a nice return.

“The Cleveland Cavaliers entered Thursday night hoping to trade JR Smith, but turned down a few offers that would have returned a first-round pick, league sources tell cleveland.com,” he wrote.

“While the odds of a deal have reduced, there’s still time. The Cavs have until Sunday, to be exact. And they remain the leader in the clubhouse to help a team create cap space heading into what is expected to be a frenzied summer.”

As the report states, the Cavs are still actively pursuing a trade. It seems as though they are just looking for the right partner and the right price.

Hopefully that choosiness does not lead to Smith’s contract becoming fully guaranteed. At that point, it seems like that the Cavs will seek some kind of buyout with the veteran guard who has been exiled from the team since early last season.