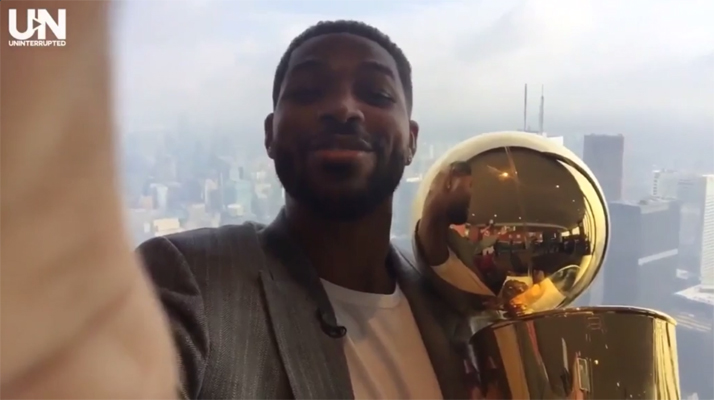 The thrill of winning an NBA title for the Cleveland Cavaliers accomplished a goal for hometown legend LeBron James, so teammate Tristan Thompson decided to try and experience the same thing when he brought the Larry O’Brien trophy to his hometown of Toronto.

Standing high above the city in the CN Tower, Toronto’s largest landmark, Thompson spoke in a short video about the thrill of holding the championship trophy in his hometown. His brief chat was captured by the Bleacher Report media platform, UNINTERRUPTED, with Thompson speaking about the true reason he was back home.

Thompson is attending an epilepsy benefit for the Amari Thompson Fund, named in honor of his brother who suffers from the condition. The fund offers assistance to those families in the Toronto area who also have family members afflicted with the disease.