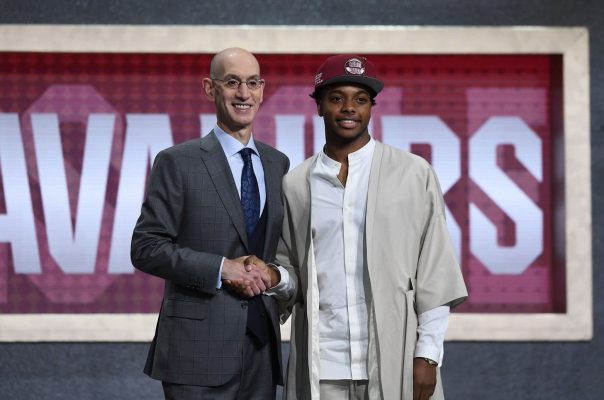 The Land is excited to welcome you home, @dariusgarland22!

Garland missed the majority of the 2018-19 college basketball season after tearing his meniscus in late November.

Despite the small sample size, Garland is widely considered to be one of the most talented guards in the draft, with comparisons being made to former Cavs star Kyrie Irving.

Now, it will be up to Cavs head coach John Beilein to find a way to pair Garland with new teammate Collin Sexton.

The Cavs night isn’t done just yet. They’ll get to sit back and enjoy the moment while they wait for their next selection at No. 26 overall.